The (free) ultimate real time resource for the Symbian-owning Formula 1 fan has just been updated. F1uptodate lives up to its name, just in time for the Canadian Grand Prix this weekend, adding new Twitter details for the McLaren team and indeed fixing up its Twitter integration, full stop. It also now works in Portuguese. Grab it in time for first practice tomorrow?

The changelog since the first version we reported on is: 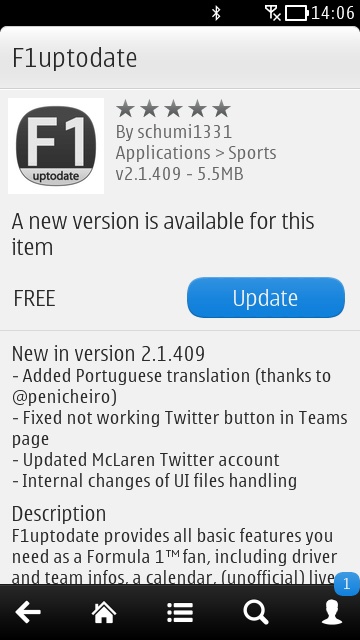 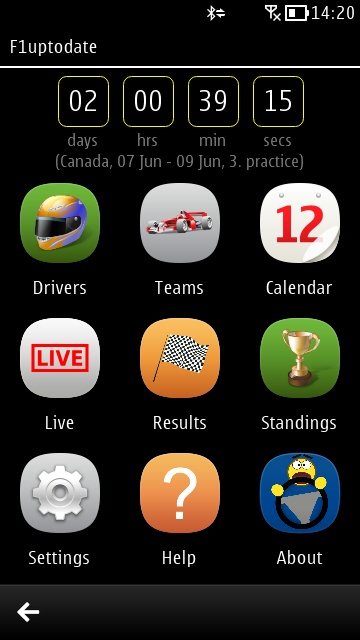 Update now in the Nokia Store; (right) just over two days to go to final qualifying in the Canadian Grand Prix! 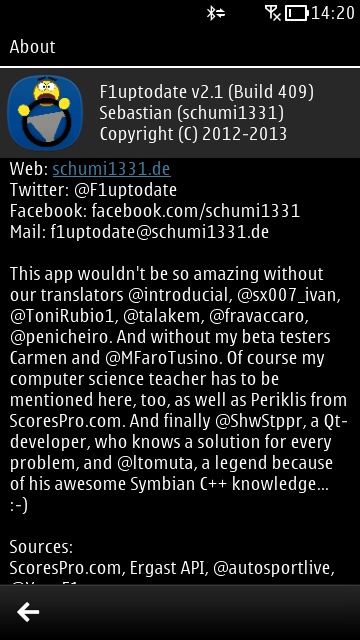 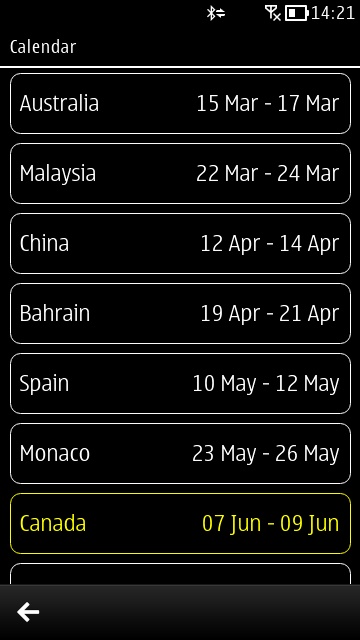 Seems to be something of a community effort on the language front - great effort by all concerned!; (right) have we really had six races already? 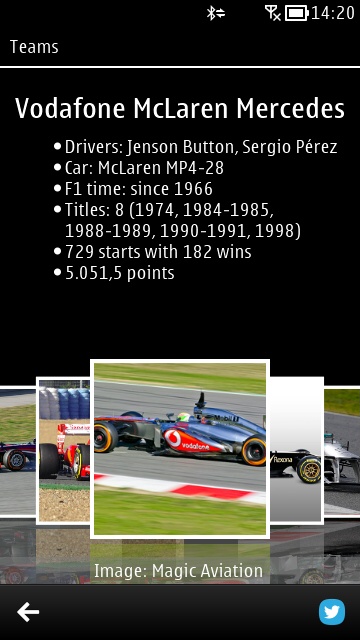 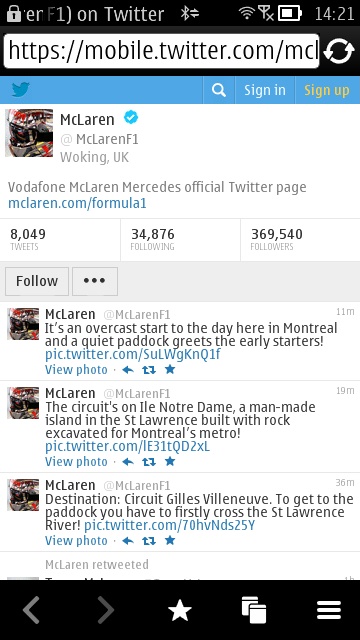 Team data and links have been updated, including working Twitter feeds at last (these open in a browser window) 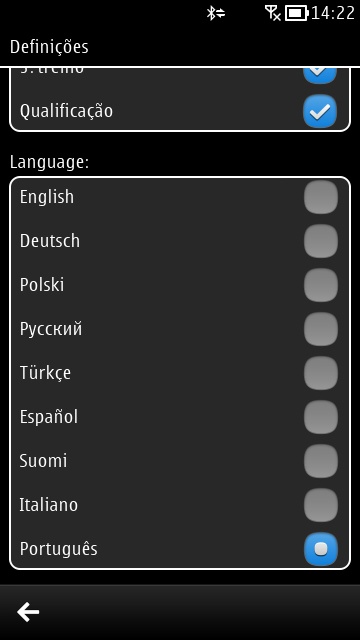 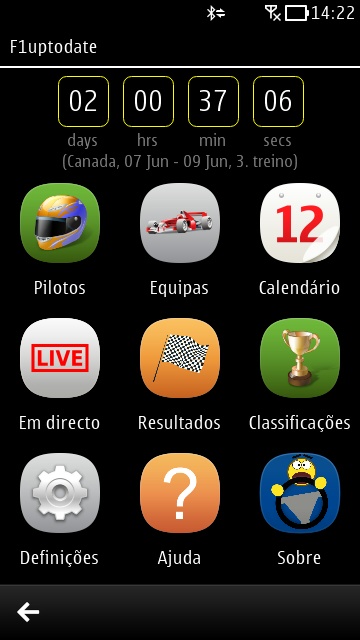 Portuguese has been added as an alternative language for the UI...

Highly recommended and an app that comes into its own on race weekends. You can download F1uptodate for free here in the Nokia Store.