EOS, the mysterious Nokia camera flagship that's yet to come?

The ink's still not dry on the Lumia 925 press releases and already we're hearing renewed rumours about the mysterious Nokia EOS (codename, of course), thanks to a 'sighting' by a reader of WMPoweruser, quoted below. We don't comment on most rumours we hear, but when they ring true sometimes even us staffers at the All About offices can't resist adding a note or two...

From the WMPoweruser piece:

An observant reader managed to sneak a peek at the Nokia EOS and was able to give us a pretty good description of the handset.

The device is made of polycarbonate, and is about as thick as the Nokia Lumia 920 in the middle, but is highly tapered at both ends, giving the impression of a much slimmer device.

The lens housing is round in shape and does not protrude much. The flash is Xenon, and the flash and lens are both smaller than the Nokia 808 Pureview. Next to the flash is a small red LED which may be a focus assist light.

The lens also has an automatic cover that opens when the camera app is started.

The number of megapixels were not marked on the prototype, with “XX megapixels” only being written on the lens housing.

There is a new camera app called “Nokia Pro Camera”with a completely new interface. There is also manual focus available through the app. The regular photo app is also available.

The screen size and resolution is same as 920, and appears to be AMOLED. The speaker holes are at the bottom as the handset.

The handset was much lighter than the Nokia Lumia 920

Ever since the Nokia 808 PureView was launched in Spring 2012 - on Symbian, because Windows Phone wasn't yet ready to support the advanced PureView processing from a high megapixel sensor - fans of Nokia camera hardware have been willing the company on to produce a second device with the same photographic excellence and flexibility. Symbian is now ruled out as an OS for new hardware, but it does seem as though my original guesses about Windows Phone's development timescale were right. I said when the 808 PureView was launched that Windows Phone was a good 18 months away from being ready to handle similar camera performance - and here we are looking at a possible Autumn announcement of whatever the EOS turns out to be.

The 'reader' observations above do ring true with what I believe will be possible. Think of a teardrop-profiled device, not unlike the current Lumia 720, but slightly thicker in the centre, and with a reported slight 'protrusion', allowing enough room for a 23 (or so) megapixel 1/2.3" PureView sensor with 1.1 micron BSI pixels and wide angle F2.2 optics. It's not clear whether this unit would be too big to use the Optical Image Stabilisation technology used for the 1/3" sensor camera in the Lumia 920 and 925, but I'd hope it makes the 'cut'.

As on the Nokia 808, the high megapixel count could be used to perform PureView 'phase 1' oversampling and produce 'pure' 5 megapixel photos, with optional 'lossless' zoom of around 2x in stills mode.

That the Xenon flash is reported as smaller than that on the 808 isn't totally surprising - with Back Side Illuminated pixels and a larger aperture, the flash wouldn't need to be quite so powerful. Certainly, there wouldn't be need for two large capacitors, as on the 808 - one would do. The 'automatic cover' is probably just the mechanical shutter mechanism, all hidden behind the exterior Gorilla Glass, as on the 808 - I doubt there's a physical camera glass protective slider, since this really would add too much bulk. 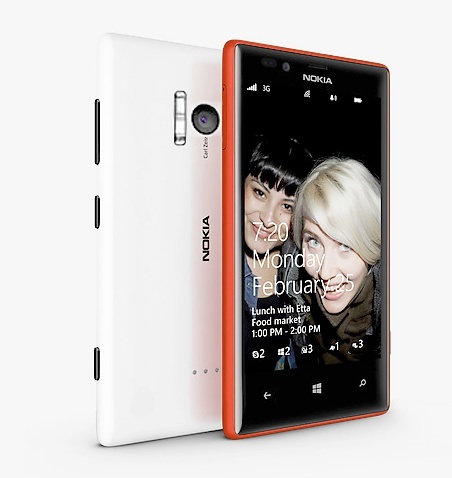 All of the above seems quite believable then. And if OIS makes it into the mix, to give us a Nokia camera flagship with both 'phase 1' and 'phase 2' PureView on board (plus Xenon), I suspect that a lot of Nokia imaging fans may at last consider a move from Symbian onto Windows Phone 8 - which by then will have had the big 'enabling' GDR2 update and will be a lot more capable.

Take all of this with a pinch of salt, of course. It wasn't long ago that we didn't comment on unofficial reports at all - but it's been a while since I broke out my Carl Zeiss crystal ball and took a wild swing at the future, so thank you for indulging me...!