From the creator of Barbarian Snake, Invaders Strike offers a take on the vertically scrolling space blast 'em up and, in truth, it's action packed and quite fun, with only the Java performance restrictions to complain about. That, and a slight finger control issue... 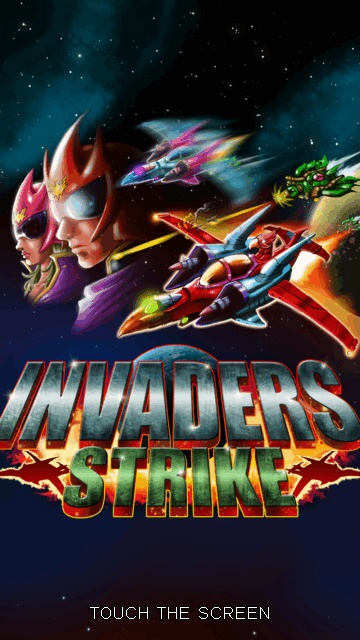 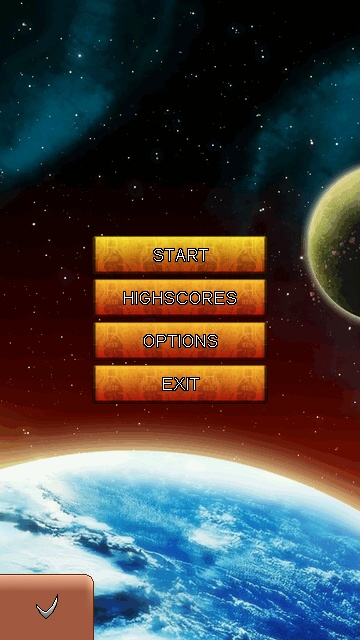 Again, nice artwork from the developer, custom made for Symbian; (right) the menu options are somewhat basic, as is usual for Java-based games. 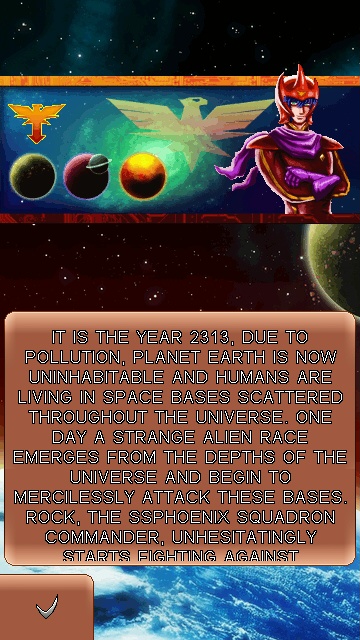 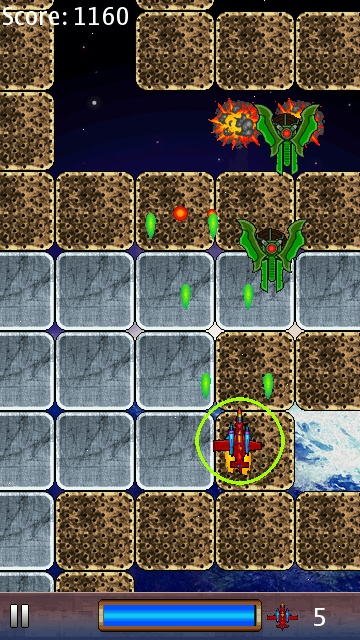 Ah yes, the back story - basically you defending humanity from aliens, yada yada... ; (right) in action, with aliens of various sizes to blast, incoming bolts to dodge, power ups to collect (including this neat force field, shown activated). 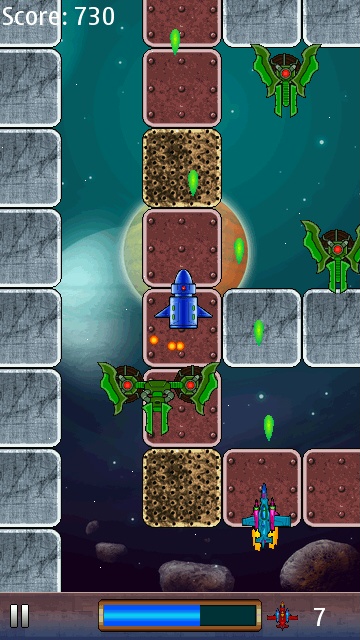 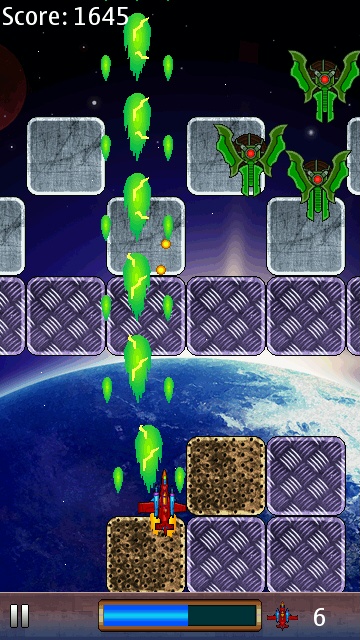 The spacey backdrop stays static, while the blocky (space station?) foregrounds scroll gently downward and the aliens come at you from all angles - the blue smart bomb shown here can be hit with multiple shots in order to explode everything currently on screen - handy; (right) after upgrading my ship's guns - unleash the green fire of hell, etc. 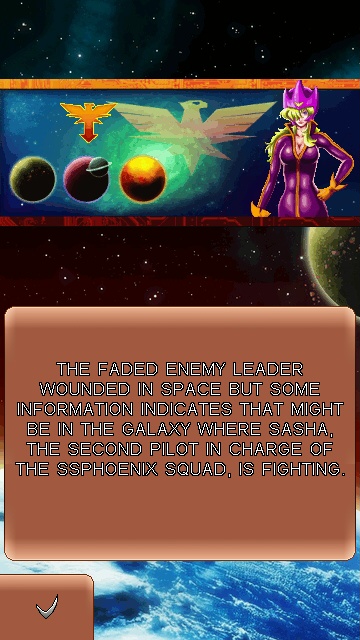 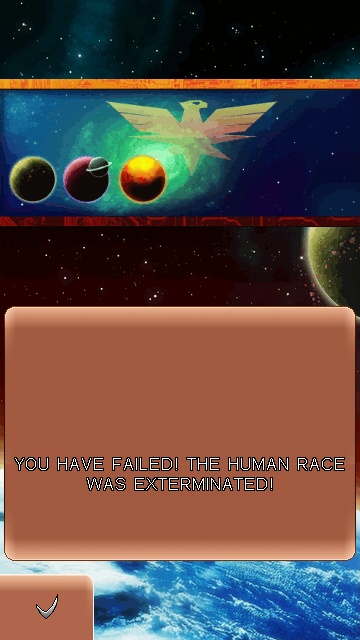 Each level pack gets a new text intro - it's not entirely clear how many levels are in the game, but hey, it's either free or £1, so you can't really quibble about value for money; (right) let your ship energy get too low and it's game over....

There are two issues which stand out here. One, the Java nature means that the movement of alien ships and energy bolts isn't quite smooth enough - there's always that slight element of jerkiness in the animation which reminds you that this isn't a native Symbian C++ game. Secondly, control of the ship is by dragging it around the screen, which means that your finger is always obscuring the ship - other games solve this issue by putting in an offset, so that the control spot is just below the ship, for example. Work needed here, I think, since the current method ends up being rather clumsy.

You can download Invaders Strike for free (with occasional ads) here in the Nokia Store, or buy the full version for £1 outright.