Colourful logic in Flow XXL will drive you INSANE

Topology-aware puzzle fans will love this: Flow XXL sees you taking on 360 puzzles in which all you've got to do is join the coloured dots by tracing out paths. Sound easy? Well, the paths mustn't cross and every square in each grid must also be filled with part of a path. So you've managed this with a 5x5 grid? Now do the same with a 6x6, 7x7 and (gulp) 8x8 grid, 90 of each. So that's about 300 man hours of puzzling. For £1 in the Nokia Store. Now tell me that's not good value.... 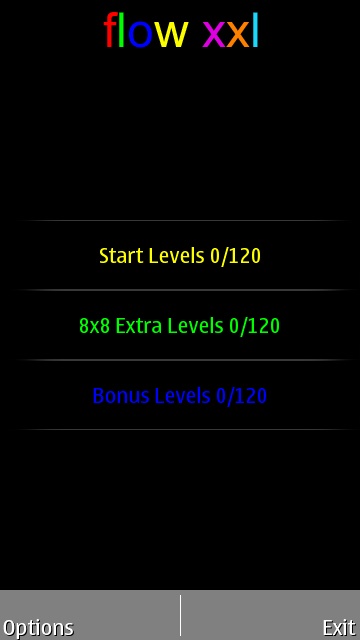 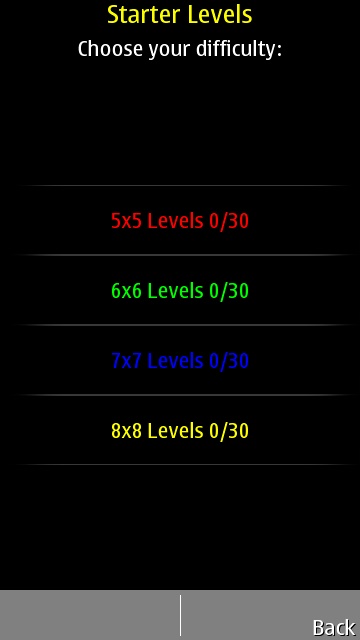 Three level packs, each with 120 puzzles split across four grid sizes, should be enough for anyone! 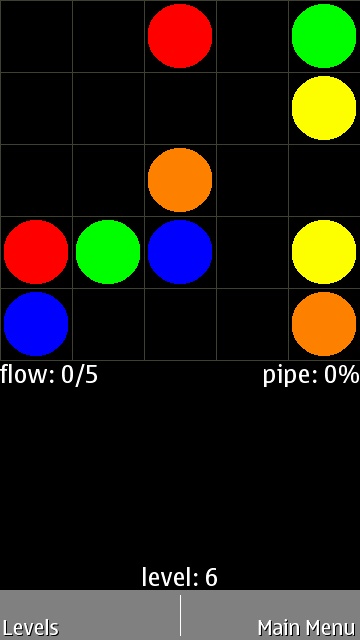 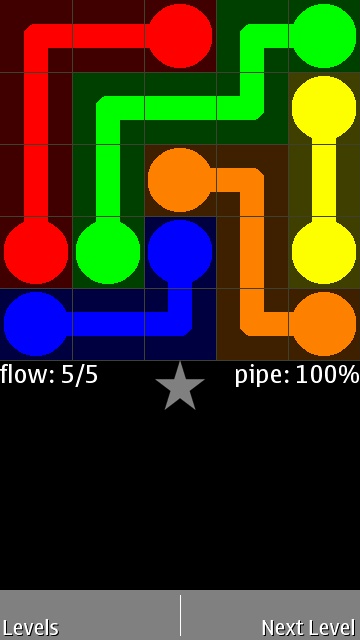 As an example, here's an easy 5x5 grid. As you can see, it's fairly straightforward to deduce where all the trace paths have to go (and fill the grid in the process) 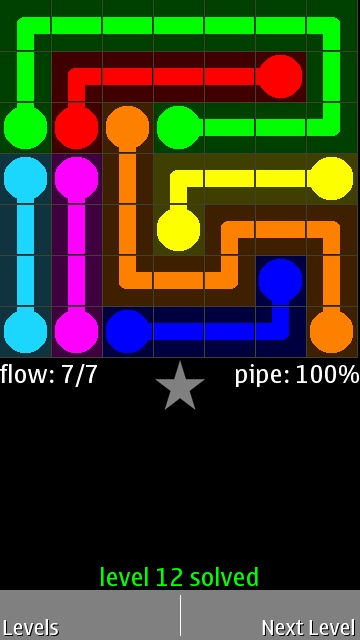 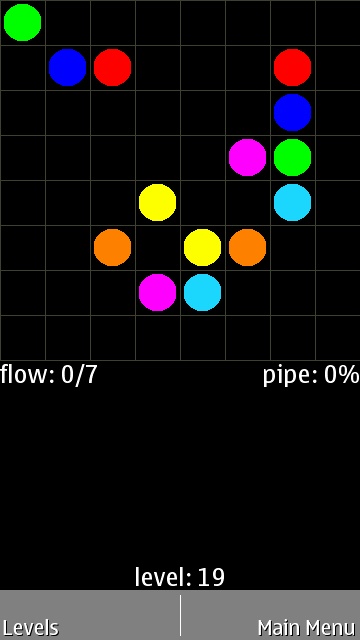 On 7x7 (left) and 8x8 (right), things get a lot trickier, but rest assured that there's a solution for every level - in theory!

Interestingly, and thankfully, you can try any puzzle at any time, without restriction. Which means that you can bypass any puzzle that you find impossible to solve and that you'll never get stuck, as sometimes happens in other level-based puzzles.

You can buy Flow XXL for £1 here in the Nokia Store.

(If you really must, there are some free levels in the 'Free' version [shown below] and a lot of ads, including Tequila Planet in-app purchase system that works out a lot more expensive than just buying the game in the first place. So go straight to the full £1 game.) 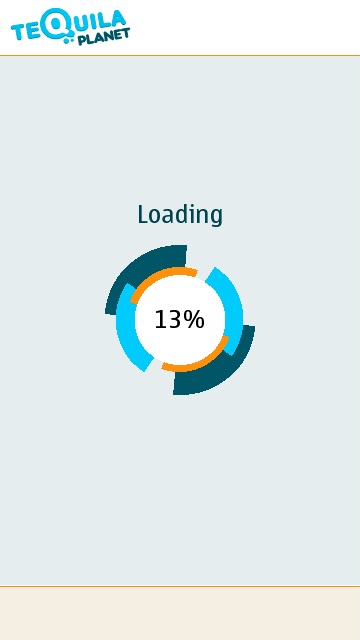 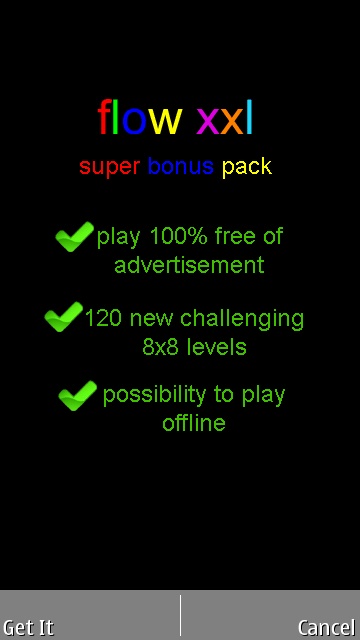