We all organise our days differently. Sometimes it's a question of absolute time, which is when daily alarms and Calendar entries get set. And sometimes it's a matter of 'half an hour from now', whether it's exercising or cooking or, indeed, anything else. This latter scheduling exercise is something that's not handled easily by the Symbian built-in apps, which is why the new third party MultiTimer is welcome. It's slick, it works, and unlike other timer apps it handles multiple timers running in parallel, and it could well become another Symbian OS favourite. 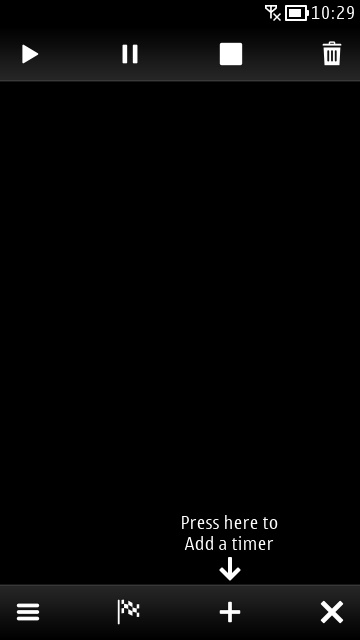 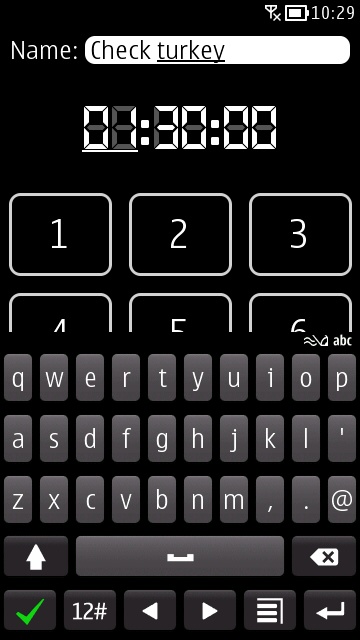 A helpful on-screen hint to get started, in this case setting up a cooking reminder - digits are altered using the large, finger-friendly pad and you can rename each timer as needed with QWERTY input using the default pop-up Symbian keyboard 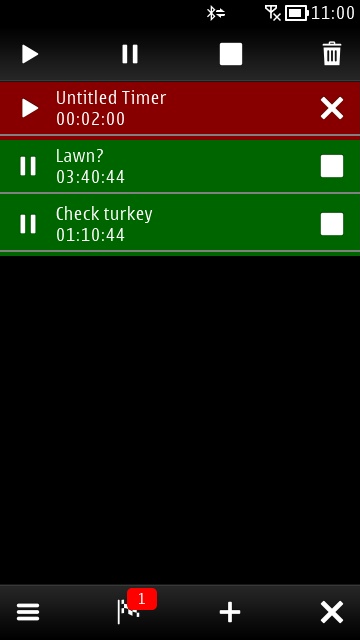 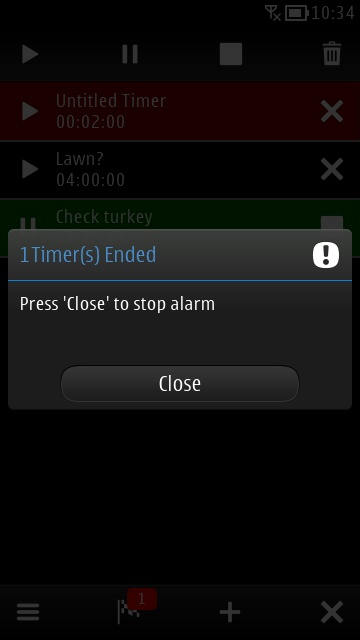 You can set up as many parallel timers as you need, and each is remembered, even after it has finished, meaning that things you regularly need to time (e.g. "skipping" or "rowing" or, just "egg") are saved for one-tap re-use. There's individual timer control or you can pause or stop all timers with the top-of-screen controls; (right) when a timer is ended, if you have all the options turned on (see below, left), you get MultiTimer sounding a piercing 'beep', plus it comes to the foreground, flashes the screen, and carries on doing so until you manually hit 'close'. 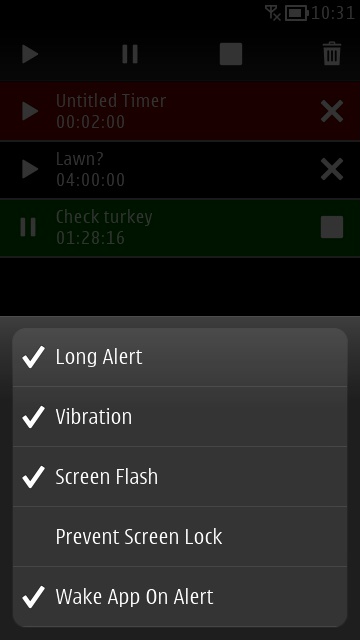 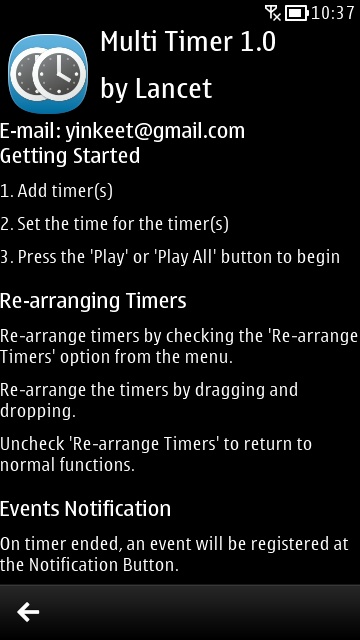 The options menu lets you toggle on and off the various ways in which MultiTimer can act when a timer ends - it's very flexible; (right) a scrolling help screen - I welcome the returning trend in modern applications to have 'Help' on their menus again - not everything's intuitive to everyone!

One caveat about using MultiTimer, or indeed any other application in this genre, is that it can only alert you to the end of a timer period if you keep the app running - it doesn't seem to use any massive resources, but you'll want to 'hide' it or switch away using the phone's 'Home' key to do other things on the device rather than closing it down. If, for any reason, MultiTimer is closed (e.g. if you have to reboot the phone to change a microSD) then your timer status will be lost. The actual timers and their initial delays are saved always, but it'll forget where you got to and start each timer from scratch each time. Hopefully not a huge issue to most.

Recommended. You can download a 'lite' version here in the Nokia Store for free (the 'lite' version doesn't have the range of extra alert types, you just get the beeping, plus the alarm stops after a while) , but to be honest, if you think this is the sort of thing you might need, just buy the full version for £1 instead.