PhoNetInfo tweak - how long has YOUR smartphone been 'up'?

It's a fair copy, this is a small update to a fairly geeky utility, but it got me musing (hey, it's Friday!)... PhoNetInfo, one of my favourite utilities (yes, it's commercial, but buy it anyway and stick it on all your Symbian phones), just added the stat 'Time since last reboot'. As you'll see, stats here aren't quite what they were in the days of Symbian's ancestry, but your own data points would still be interesting!

PhoNetInfo is one of my staples, it reports the hardest numbers possible about what's going on inside your Symbian smartphone - you'll see from the various tabs of information on offer. I've used it a lot to look at the reported battery voltage in milliVolts, for example.

This latest update, to v4.0, isn't quite as major a jump as you might think - the number's only now 4.0 because the previous one was v3.9...! Still, the changelog is quoted as: 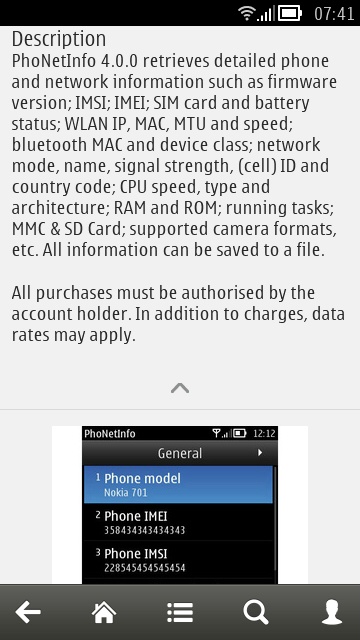 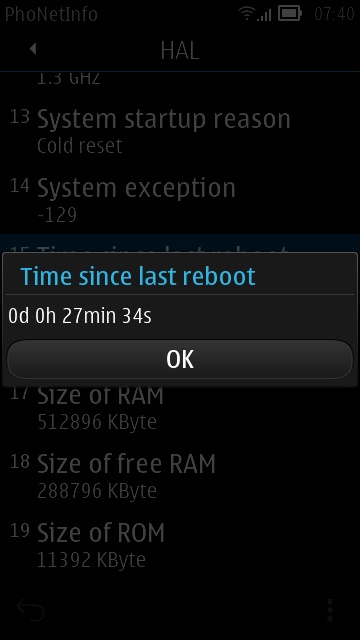 (in my case, above, I'd powered the Nokia 808 off recently to change its battery!)

Now, back in the day (mid 1990s), I was using Psion's palmtop computers, running Symbian's ancestor OS, EPOC. These ran on two AA batteries, but also had a CR2032 backup battery, for keeping the OS alive while you changed main cells. What this meant was that some people never, EVER had to reboot their Psions. In other words, 'time since last reboot' for many users would be the time since they bought the device and first turned it on!

This stability (especially in the days of SIBO, EPOC's predecessor, and the Series 3 range) was legendary. And you can see why the world's phone makers turned to Psion when they wanted to take this OS and create the first smartphone operating system, Symbian, back in 1998.

So, how long has your Symbian smartphone survived since its last reboot? I'll bet there are people reading this for whom the figure is in the region of months, though I'll grant that the hardware situation is very different these days. A smartphone has to be powered down to change its SIM card, for example. And certainly to change its battery. Plus the very fact that a smartphone is way more complex than a standalone palmtop means that there's more to go wrong - I've had reboot-worthy glitches on Symbian, Windows Phone, iOS and Android all in the last week, for example.

Anyway, excuse the Friday rambling... If you have the new PhoNetInfo installed, why not quote your uptime in the comments?

Filed: Home > Flow > PhoNetInfo tweak - how long has YOUR smartphone been 'up'?