I'm not sure the developer has angled 'Real Phone' right - it's pitched as a simple way to interact with contacts in-car, i.e. without too many fiddly finger taps needed, but I think he'd do much better pitching it for the elderly, for whom a touchscreen smartphone is complete overkill. Yet there are times when we have to lend our devices to such a demographic and then they get into a right state trying to achieve even a simple call. Which is where this might come in.... 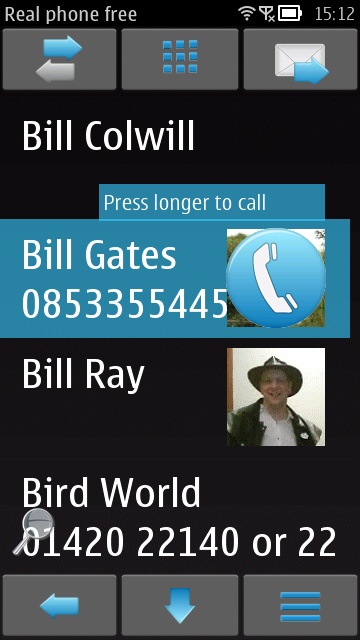 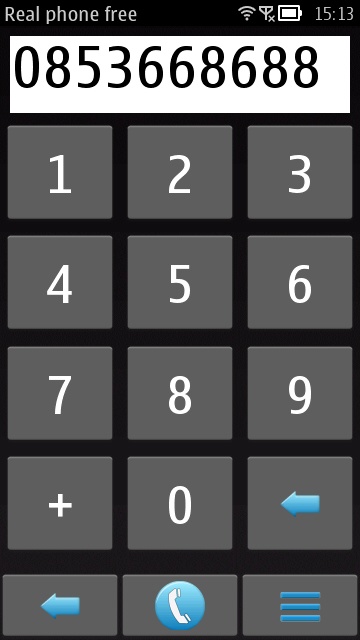 The idea is to present the contacts on the phone in a large fonted (for elderly eyes, I contend), large buttoned (for elderly fingers) way. The only functions on offer here are looking at the log of who just called (etc), stepping through contacts and then calling them. There's a 'Messaging' option too, but that just switches to the standard tiny-fonted Symbian Messaging app, so that's a no-go area; (right) there's a very large fonted dial-pad, even bigger that the default Symbian one... 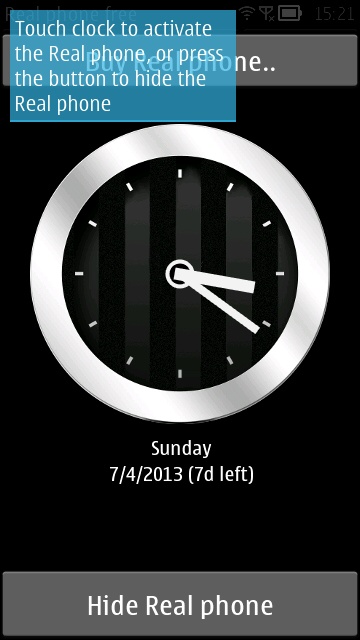 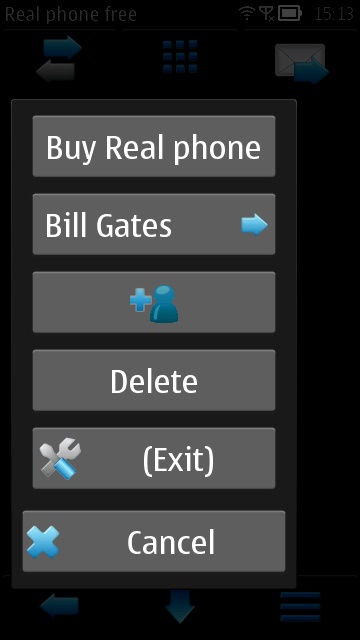 Real Phone likes to auto-start, which I guess would be appropriate if you were lending an elderly relative a smartphone to use for essential calls, etc. It comes to the foreground automatically when the lock screen is dismissed, so it's easy for someone not very technical to stay within the Real Phone environment; (right) tapping through a contact name gives some basic management options, which in the case of an older person, might be taken on by their offspring? 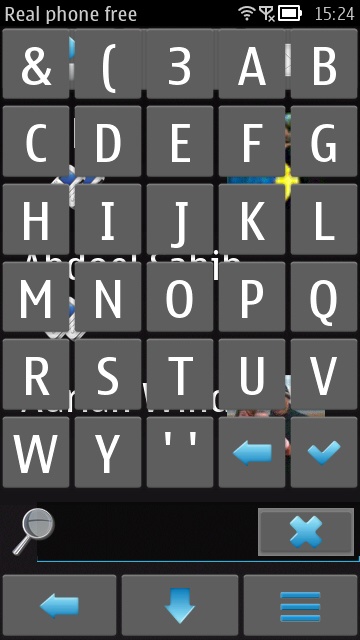 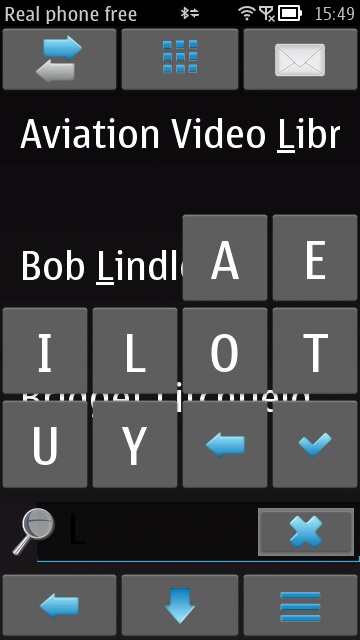 In addition to scrolling through contacts, there are big pop-up arrows to allow step by step 'nudging', which again would work well with the elderly. Plus the search box brings up this very S60 5th Edition-ish letter grid, which reduces down as the contacts are quick matched - I do worry that the elderly might be confused by this mind you - "all the letters keep moving around!", etc.

To be honest, to make the application better for occasional lending to a relative, without having to wipe the contacts, some way of putting in just favourite contacts is needed (i.e. "Mike", "Angie", "Hospital", "Breakdown", and that's it). I'm sure there's more potential here - the developer produces the same app under the name 'Easy Senior Phone', so the idea's definitely there - it just needs refinement.

You can buy Real Phone 2 here for £3, or download the 7 day trial version here.