You'll remember NeoReader as one of the main QR/barcode scanning utilities on Symbian? Well, it has just had a big update, to v4.6.0, allowing previously photographed codes to be accepted as input and now supporting 'Code39' (1D) barcodes. Screens below, but as NeoReader is free, why not just grab it and try it out yourself?

The quoted changelog for NeoReader v4.6.0 is: 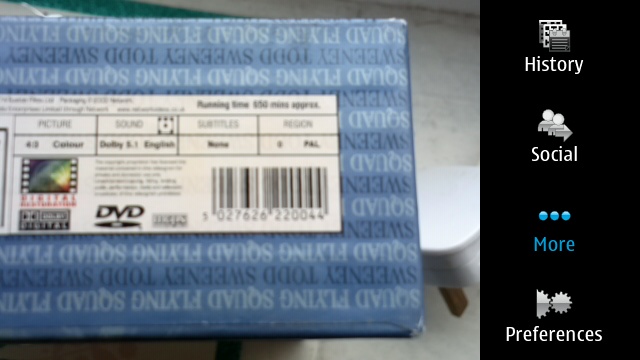 Trying to scan 1D barcodes (previously NeoReader's bête noire) on the Nokia 808 was still a bit tricky because the 808 doesn't like extreme macros without being able to use the PureView zoom, but not to worry because this is a good chance to use the new Gallery feature.... 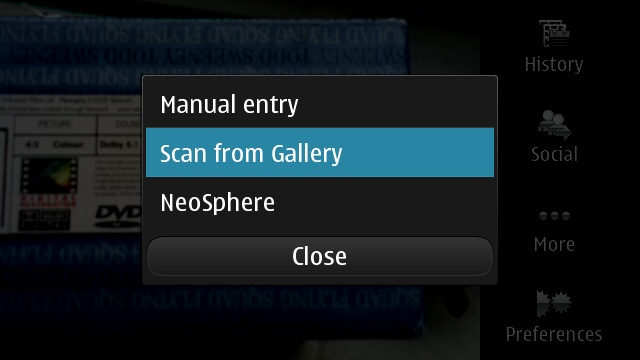 Instead, I took a normal (PureView macro) photo of the barcode, crystal clear, and then used this 'Scan from Gallery' function on the 'More' menu. 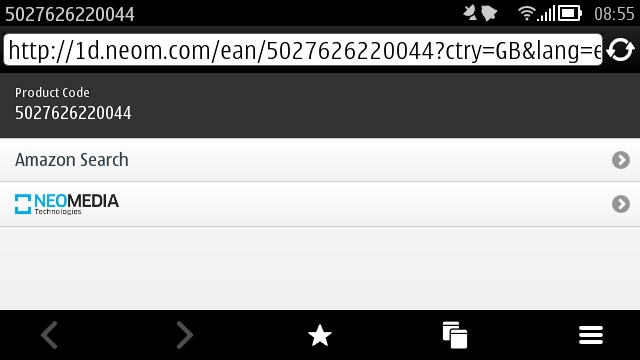 Recognition was quick and then it's on to the mobile landing page for this code. Tap on Amazon Search and... 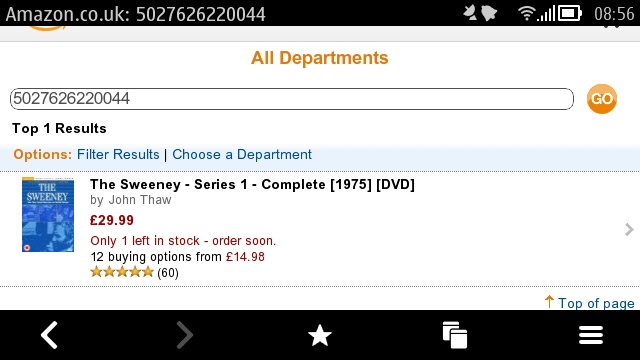 .... you're into the correct product at Amazon. Which is pretty cool even if, on the 808 at least, I had to scan the code in two 'steps'. I'd expect the N8 to fare a lot better, since it can get closer.

The usual caveats about the EDoF camera equipped- devices apply though - getting accurate code scans may be tricky. 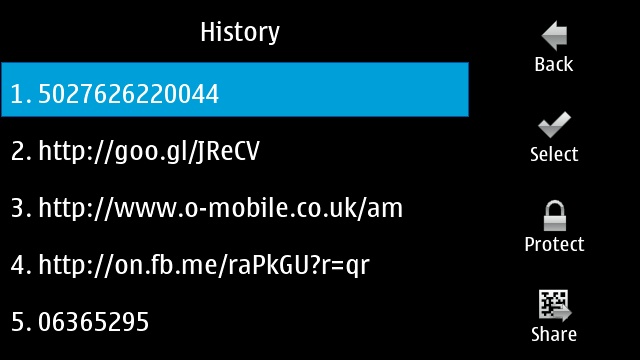 As usual NeoReader includes a 'history' function, so that you can look up stuff you've previously scanned. Very handy.

You can download NeoReader for free in the Nokia Store here.