Four In A Row Planets proves hard to beat

There's a problem with puzzles that are easy to represent within a computer program - play against the machine and you'll get slaughtered. Chess is a common example, though there are strategic subtleties there that take the game almost into the realm of supremacy for the very best human players. Connect 4, or 'Four In A Row Planets' as is the theme here, is a game that's simply far too easy for a computer, with the AI in your smartphone looking far too many moves ahead for you to stand a chance of winning. Which is not a criticism of this game title, but it is a warning to either really concentrate or not get your hopes up too much in the first place.

Or, of course, I could be wrong and I'm just completely rubbish at playing Connect 4...

Anyway, here's Four In A Row Planets in action: 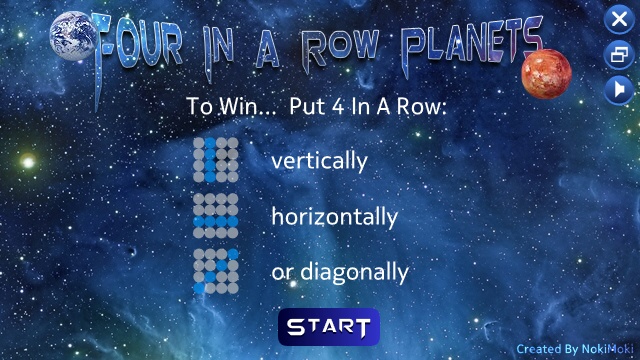 Setting Connect 4 in space (partly to avoid name litigation, I suspect, but also to add atmosphere) is a rather nice touch. You'll know how to play, of course, but the start screen reminds you anyway. The only game option is to disable the sound (gentle bleeps as each piece/planet falls). 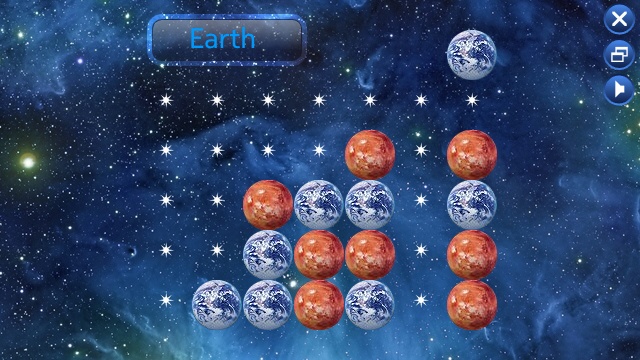 There's something rather cute about playing Connect 4 with entire planets, though picky geeks will point out that, in the real world, Earth and Mars are very different sizes(!) To drop a planet, just tap on the column you want. 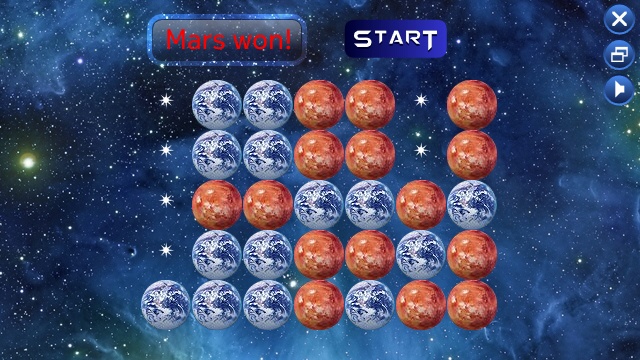 You can buy Four In A Row Planets for £1 here in the Nokia Store.