Speed Test Your Phone... though only within the Symbian world

You'll have gathered from the application title that this is a benchmarking tool, and you'd be right. It's not cross-platform though, it's written in HTML5 and distributed as a Symbian Webruntime app, meaning that it's tiny and fast - and limited to the Symbian world. It's a fascinating look at the relative (HTML, javascript and Flash) speeds of all the various Symbian handsets though, as you'll see from the screenshots below.

Here's the utility in action: 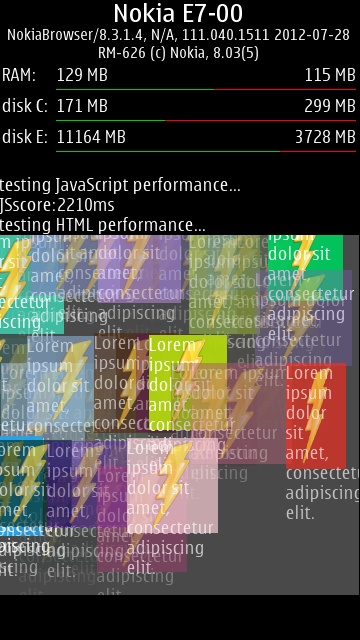 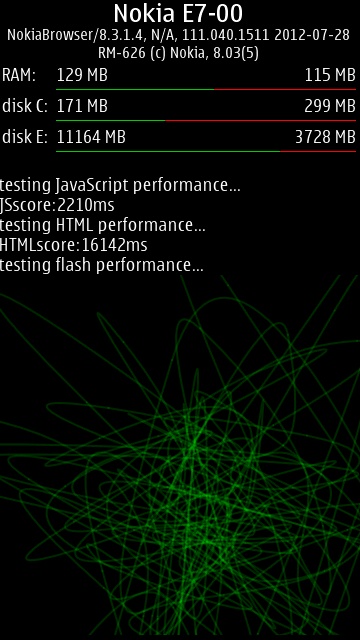 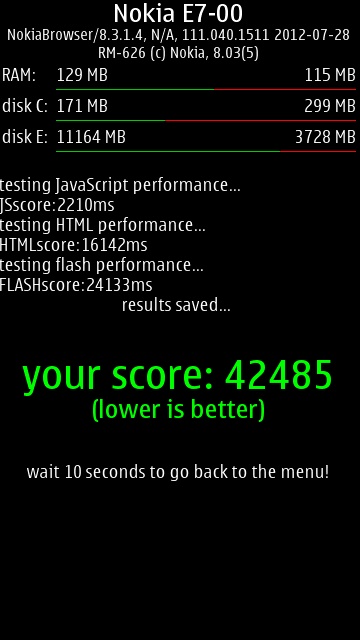 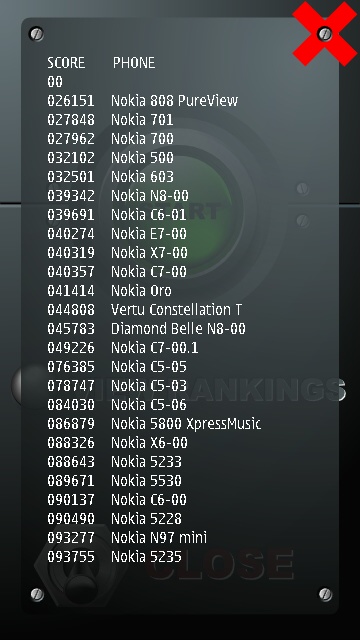 A slightly slower score here than for the E7 listed in the all-time rankings provided, but then there might be an impact from me taking a few screenshots during the test! Plus the rankings don't unfortunately, show the exact OS version of the test devices.

Written in Web Runtime, this is all slightly clunky, with garish 'connection needed' warning when it starts and with an enforced 10 second delay before you can get back to the app's start/exit screen. Still, it's useful, it's free and you can download Speed Test Your Phone here in the Nokia Store.

Filed: Home > Flow > Speed Test Your Phone... though only within the Symbian world