Conclusively proving, once and for all, that you don't need high resolution graphics in order to have fun, is RiverRaider, a port of an old 1980s home console classic for Symbian handsets. It's integrated beautifully into modern hardware with full accelerometer support and the gameplay is insanely intense and well pitched. Screens and demo video below. 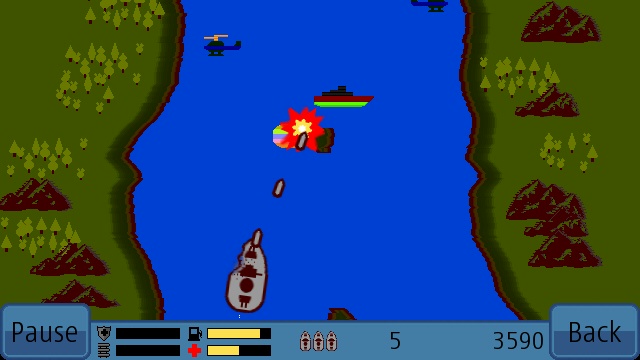 Steering, deceleration and acceleration are via your phone's accelerometers, tap anywhere on the screen to fire. The system works well and intuitively. Don't knock the low-res graphics until you've played the game, by the way.... 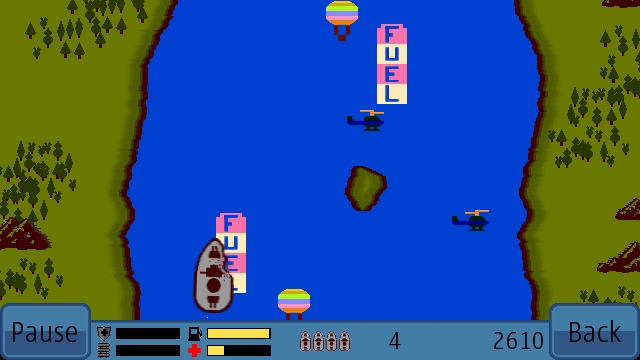 Apart from the fuel dumps, everything can be considered hostile, from copters to gunships to torpedoes to land-based tanks (best attacked by blowing up the bridge they're running over....) 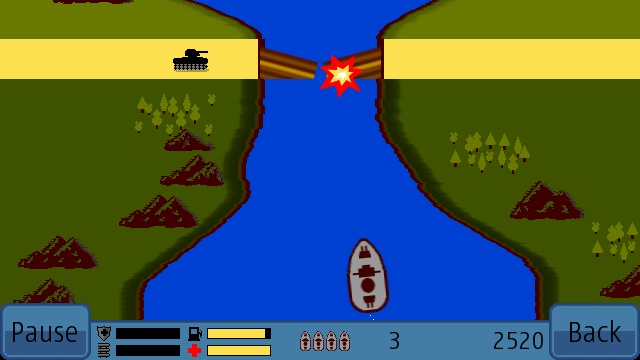 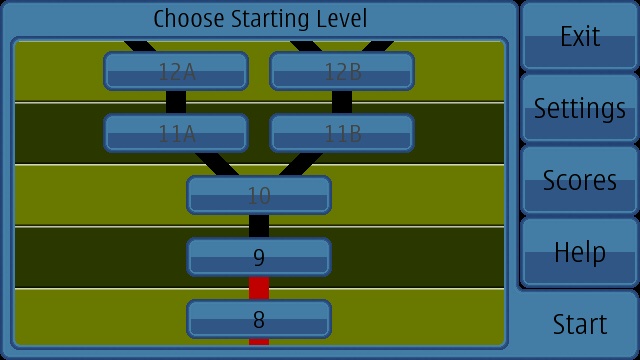 Each bridge marks the start of another level and progress is saved, etc. Note that the levels 'widen out' (along with the river) and you start to get alternatives, depending on which way you decided to go.... 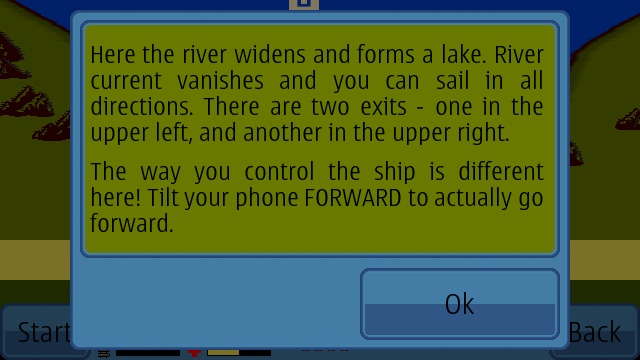 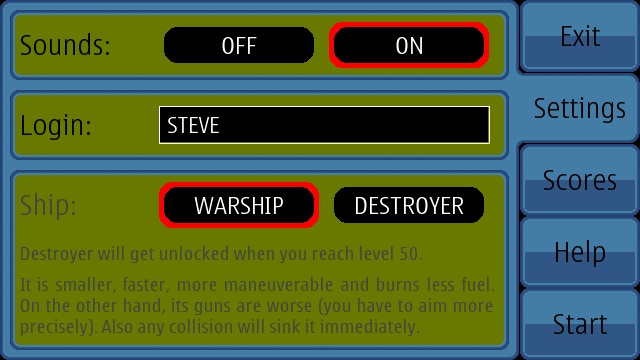 Level 50? I didn't get nearly this far - comments welcome if you prove to be a 'RiverRaider' master!

The developer also has a video up, which shows the action better than I could in static screenshots:

You can buy RiverRaider here in the Nokia Store for £1.50. Recommended if you're a fan of old-school gameplay classics...