One of the more curious aspects of the modern Symbian Camera interface, in Belle FP1 on the Nokia 808 PureView and then rolled out into the wider FP2 upgrade for the likes of the Nokia 701, was that there's now no way to access the secondary camera, i.e. the one that points back at you. Admittedly, the use case for snapping yourself in low resolution when you could turn the phone round, make an educated guess at camera position and shoot in full resolution with the main camera, is fairly limited, but several people have written in with a workaround, should you want to do it anyway(!)

The workaround, since the main Camera application no longer has a menu option to allow switching cameras, is to simply use another application altogether. In this case, I was pointed towards SCam, a little known camera application that I reviewed a while back (and was a bit underwhelmed). Among other bits and pieces, it also includes an interface into the phone's front camera - if you know what you're doing! 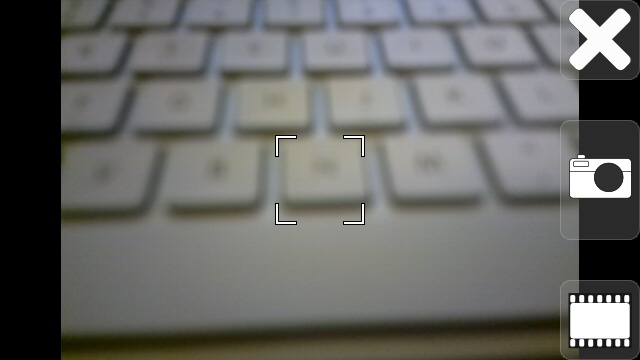 Ignore the main buttons and tap in the black left margin: 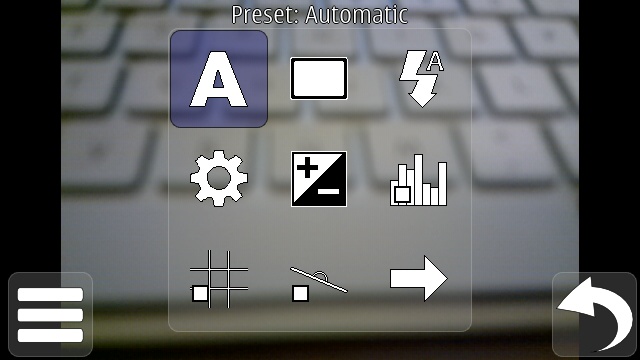 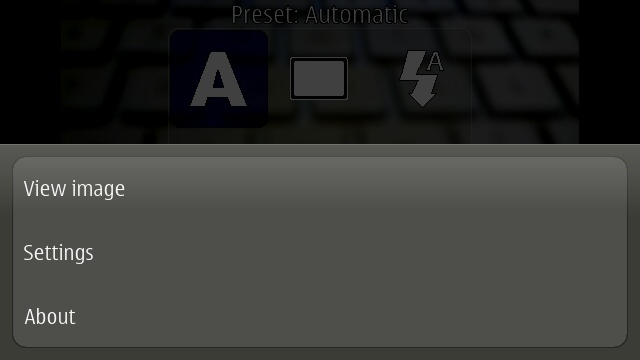 Aha - another layer of options - tap on 'Settings': 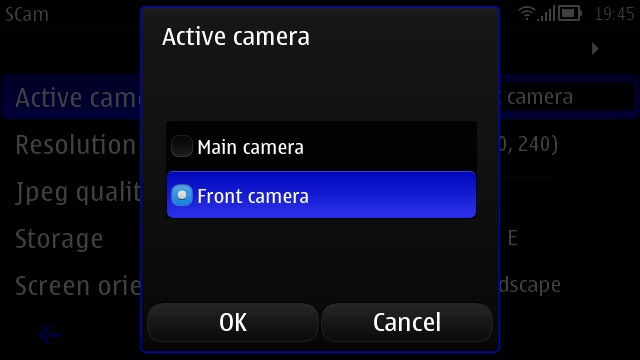 In the dialog that's now shown, among other options, you can select which camera to use. Pick 'Front camera' and then back out to the main interface. Eh voila - your own visage should be showing and you can take a snap in glorious QVGA(!) with the middle shutter icon. 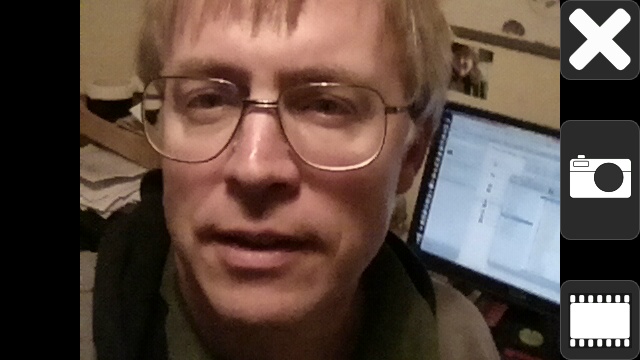 Comments welcome if you know of another camera application for Symbian Nokia Belle FP2 which gives the option to use the front camera...