Not worthy of a full review, but certainly an application which I found intriguing is ToiletFinder (also shown as two words in the Windows Phone version, e.g. 'Toilet finder', and also on the developer's page, curiously), claiming to be a cross platform application that crowd sources the locations of over 60,000 public toilets across the world. Whether it's you or a family member who needs a toilet in a hurry, then this Symbian or Windows Phone app may just help. 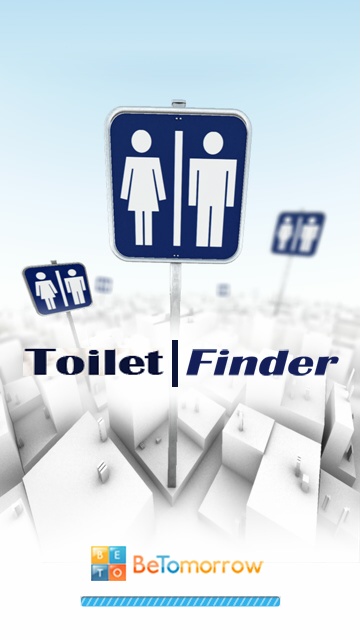 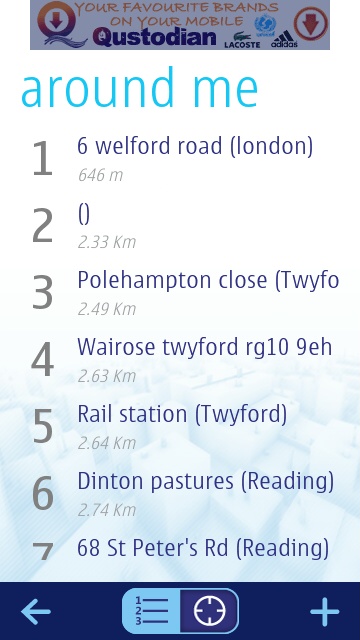 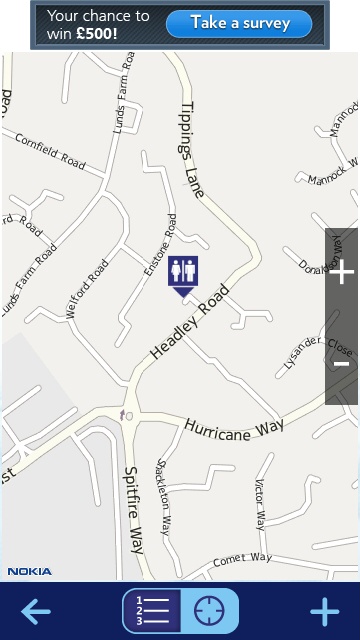 Available for both Symbian (for which the screens are shown here) and Windows Phone, plus iOS and Android, the idea is to find your position using the phone's native location services (GPS, cell, Wi-fi, etc) and then display the nearest public toilets. In my tests, the results were rather patchy though. The closest match for me was a private semi-detached house in a nearby road - I'm not sure the occupants would be too pleased with random smartphone owners ringing their doorbell and asking to use their loo!

In each case, in Symbian and Windows Phone versions, you can tap individual results to get more details and a map (in the case of Windows Phone, sourced from the built-in Bing Maps). 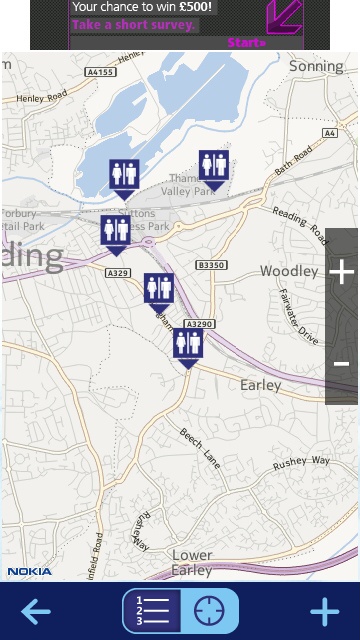 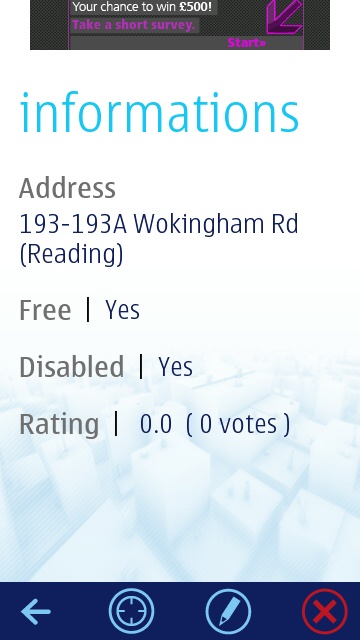 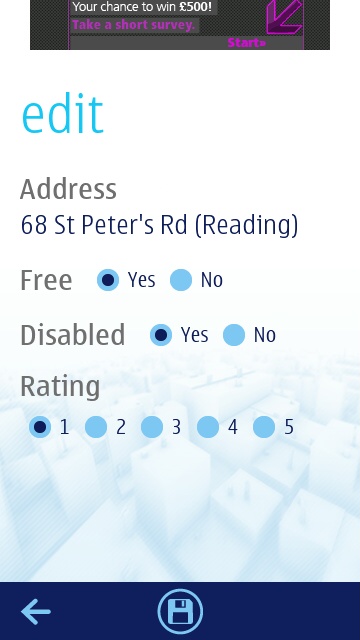 A high proportion of the results are indeed places one might find a public toilet, so I wouldn't rule this application out, but it wasn't hard to find another example of a private house's address being listed - a case of some mischevious user trying to create trouble in the database? There's the chance (via the 'red cross' icon on Symbian or a '!' icon on Windows Phone) to report an entry as 'missing', so hopefully the signal to noise ratio in the (moderated) 60,000 entry database will gradually rise, Wikipedia-style?

For now, grab it on Symbian or Windows Phone. It's free on the latter, with in-app top-of-screen adverts. On Symbian, somewhat annoyingly, it's £1, i.e. commercial, and you have to put up with the ads [grumble, grumble]....