For all the talk about positioning, road-maps of products, and filling in the different sectors of the value chain for all consumers, the announcement of the Nokia N97 is going to be perceived by many as the start of the latest smartphone war. The main players now all have devices at roughly similar price points, with roughly similar specs and features, and each having their own quirks which are either (a) the thing that makes device A better than device B, or (b) cripples device A and why didn't the manufacturer recognise this? 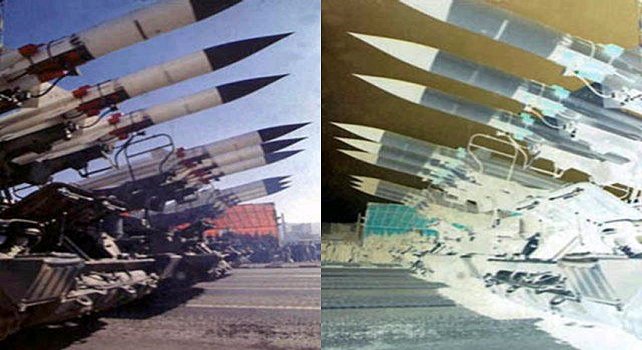 As Slim Pickens said in Dr Strangelove: "This is it boys... Nuclear combat, toe to toe with the Ruskies." Except in this case it's a four way fight, and it doesn't necessarily have to be to the death. In the four corners, we have the Nokia N97, the Apple iPhone 3G, RIM's Blackberry Storm, and T-Mobile's G1 (Google Android) phone. And looking at the list, the first conclusion is that Nokia are late to the press party.

It's important to realise that this PR game is one that Nokia needs to be involved in. While the mid and low tier phones are the ones which provide the impact on the bottom line of the company balance sheet, it is the flagship aspirational models that catch people's eye and makes them happy to carry a device with that company's name on it.

And that means the N97 has a tough hill to climb. The, how shall I put this, youthful exuberance of anything Apple has placed the iPhone at the top of the tree. While it has made some good moves (e.g. the popularity of the app store and developer uptake, over 10,000 apps at the last count), there are still issues, the fixed battery, lack of text editing basics and poor camera spring to mind. But Nokia need to make an inroad into the online love that all the other devices mentioned have.

Look around the instant reaction from the online pundits this morning, and it appears that Nokia have hit a sweet spot with the N97. There's no general consensus on exactly what makes everyone want the device, although adding touch and a decent sized Qwerty keyboard to the mix are certain features that have been noticed.

What's more interesting are the number of bloggers and tech sites that have been invited to Nokia World this year. Each section of the media offers differing PR benefits, but there are very few traditional media outlets that provide such an instantaneous reaction than internet residents. By seeding the online conversation through bloggers and reporters at the event, news of the N97 spread from their homes (sites such as Robert Scoble's Scobleizer, GoMoNews and yes, All About Symbian) through the blogs, live chats, twitter updates, comments on news posts and people writing their own reflections.

These first influences will have a huge bearing on the N97's success in the market. Companies want people to say good things about their device. By giving the influencers access to the device at this incredibly early stage, some six months away from public availability, Nokia have created a buzz of expectation and anticipation around the device. Reading the spec sheet would be enough for gadget fans, but for a general audience this buzz will be noticed and picked up.

And when the articles to be written in the trade press, the feature articles in newspapers, the 'phones you want to die for' articles in the glossy technology-porn mags are considering the N97, they're going to use that buzz to open their article. Where before they had a vacuum, the online chatter will help guide the story.

Of course, all this is going to be useless if the firmware turns out to be a right dog - I refer back to Apple and the amazing demos of the Apple Newton they were showing off in 1993. Lots of buzz (pre-internet mind you) and lots of eager customers. When the Newton arrived, it was slow, had a clunky touch interface, and handwriting recognition that failed to recognise anything - and failed to take off in the consumer market. 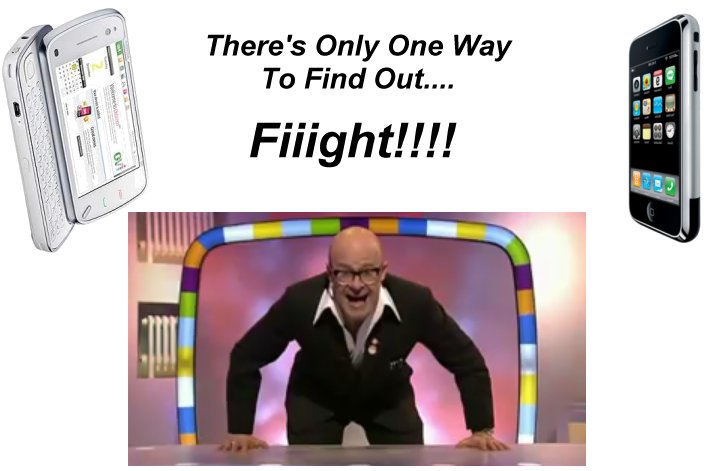 Golfers drive for show and putt for dough. Nokia needs the N97 to be their show. The snap judgement of the web so far has put them squarely on the fairway. The next six months will see them approach the hole and go for the putt. Let's see if they can sink it.