Resistive vs Capacitive: the invisible tech war in which both opponents can win?

Much has been made of the Apple iPhone and T-Mobile G1's capacitive touchscreens, with many proclaiming them superior to the humble 'resistive' touchscreens that have been used since the dawn of time (oh, ok, since about 1995). But is it as simple as the one technology being superior? What advantages does 'resistive' tech have and what else do you need to know?

With screens being 'just another component' for device manufacturers and with them not being available for sale to the everyday user, it's not easy to get definitive information on the two technologies, but I've done my best to compile a blow-by-blow comparison.

The example is often given of Nokia choosing to use resistive touch screens on the 7710, the 5800 XpressMusic and the N97 because they're Finnish, where it's very cold and people wear gloves, therefore they have to use a screen tech which works with gloved hands. This is all very cute but doesn't really beat scrutiny. Using even a resistive screen with outdoor-gloved hands is just about impossible.

Resistive touchscreens do have other benefits though, as seen above, i.e. you can use them for stylus-based character input, such as in non-Western environments. They are, still, a bit cheaper to buy in and integrate, help make a more robust device, and they hold up to a wider range of operating temperatures and humidities. 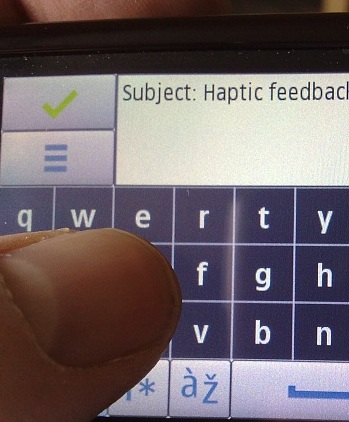 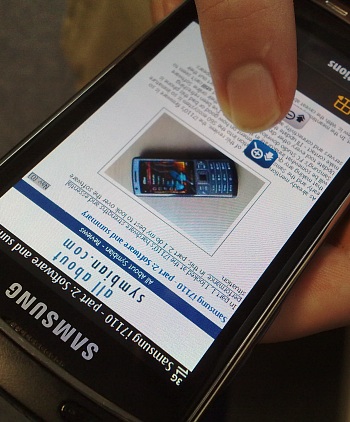 In my title, I referred to a war that both parties can win. As with other areas of technology, these two touchscreen systems are alternatives rather than opponents, with different strengths and weaknesses. And as such, we should expect to see touchscreen-based phones coming out in roughly equal numbers for the 'resistive' and 'capacitive' camps. For example, the Nokia 5800 and Samsung Omnia HD, each plumping for a different touch technology.

Hopefully, I've given you a feel for the pros and cons of each - it's simply not true to say that one technology is 'better' than the other. Capacitive touch may be newer and sexier (thanks to the iPhone) but there's plenty of life left in Resistive touch, mark my words.

Steve Litchfield, All About Symbian, 18 March 2009

Filed: Home > Features > Resistive vs Capacitive: the invisible tech war in which both opponents can win?