'One box versus Two box' is back. Steve and Stefan debate the Foleo

Steve Litchfield (AAS and 3-Lib) and Stefan Constaninescu (now at IntoMobile) debate the Palm Foleo, the latest 'big idea' to hit the smartphone world... Although the Foleo has been launched as a Palm Treo companion, they claim future compatibility with Windows Mobile and Symbian OS, so whether the idea is a step forwards or backwards is definitely worth debating... 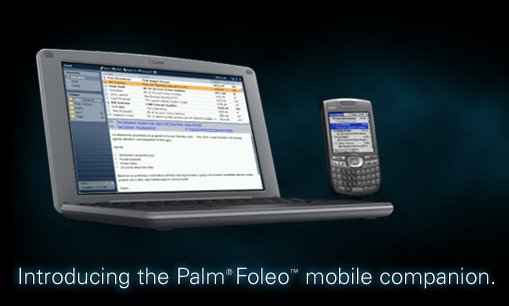 SL:Now, the Foleo looks very interesting. Yes, it looks a little over-priced, but I'm sure this will come down a little and in any  case we still haven't seen the pricing outside the US. Forget the 'mobile companion' marketing hype though - this has all been horribly mis-managed by Palm. The Foleo's strength is as a lightweight, instant-on, low-maintenance, virus-proof Web and Office workstation, along the lines of Psion's Series 7/netBook, but a lot more up to date. And, in this capacity I think it'll do quite well, in its own little niche - but only if they get the marketing right!!

SC:I agree this will do well as a standalone device, but why are you immediately disregarding its intended purpose as a smartphone companion? The role of computers is changing thanks to the copious amounts of innovation occurring in the web sphere right now. If we take a step back and look at the history of computing we see that software used to be something tied to a certain piece of hardware. Removable storage changed all that and a new software development industry grew thanks to floppies and CDs. This model stayed the same until recently with the whole Web 2.0 revolution. Applications started sitting on a server in the cloud and users accessed them via their browsers and more recently their handheld devices. What if Palm's Jeff Hawkins is on to something? The new model he proposes is having your smartphone in the center of your life with all your data in the Palm of your hand, yet you will have external devices around that enable a richer experience at home or on the move. If the Foleo had a little more horsepower for multimedia usage it would be the perfect device for a majority of people using computers today.

SL:But there are just too many holes and inelegancies at the moment. Many Web 2.0 sites may not work properly with Foleo because all the Ajax and Flash code isn't handled as well as, say, MSIE 7. Until mobile (Symbian OS, WinMob or Foleo Linux) web browser capability catches up to where desktop browsers are currently, working mainly on the Web on a mobile device isn't 100% practical, as my own recent tests with the Nokia E90 and its Safari-based browser showed.

And, despite the fact that synchronisation with your smartphone is apparently only a button away, even if the process only takes 30 seconds to do then it'll be too long for some people and data will get lost. You're on the train, working on a document on the Foleo. You arrive at the station, so you shut the Foleo immediately and get going. 5
minutes later you're walking along and receive a call wanting the document. Without thinking you fire it off from your smartphone, forgetting the fact that a newer version is sitting in the Foleo, etc. I guess we need to see how fast and how automated syncing of PIM and office data is with the Foleo before I'm convinced about this 'companion' concept.

SC:I'm sure Opera will handle web applications fine, if not Firefox can just as easily be ported; the Foleo goes beyond applications in the web browser. Remember Rafe's piece on the mobile web server? Something tells me the Foleo is the same thing, except without having to access a gateway in the cloud and without having data being accessed and manipulated in a web page. Synchronization is the only term Jeff Hawkins could have used to explain it to the masses without confusing them. He knows a new product category has to be marketed properly before it takes off. You could just as easily compare the Nokia N800 with the Foleo. Once you have the mobile web server running on a S60 device you can now access it via a portable device with a larger screen or on your gigantic LCD at home. This changes the ball game completely. The $500 price tag is the best Palm can come up with now while still making it a competent device, who knows what $500 could buy you 3 years down the line. You read the article over at The Register about the death of Psion, the exact same battle is happening now. Will a one box (multimedia computer) or two box (Foleo + smartphone) solution win?

SL:In an ideal world, in which web browsers behaved identically and in which Office documents were 100% compatible and in which there were no email restrictions or funnies, I can see the Foleo working and working well. But sadly, this is an imperfect world and gotchas and potential problems hang over the Foleo's head like a scythe. My heart (like yours) also says 'I really hope this thing works well and takes off', but my head says that it's doomed. Still, I'm going to watch it with interest and hope to get one for review in the next two months, so I'll be able to report back in more detail. 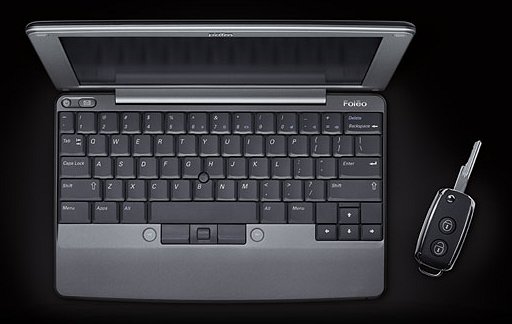 Filed: Home > Features > 'One box versus Two box' is back. Steve and Stefan debate the Foleo