Looking ahead to SEE 2009 (the annual Symbian smartphone show)

Yes, another year has passed and the annual Symbian bash is upon us. But with a slight twist, with the Symbian Foundation now well established and with the whole ecosystem, like much of the rest of the mobile industry, definitely in something of a state of flux. SEE (Symbian Exchange and Exposition) 2009 is free to attend and easy to get to. But what's on offer this year, what should you look out for? Steve Litchfield provides a few pointers...

It's something of an annual pilgramage for me. It's also the main mobile-related show that's held in the UK (specifically Earls Court, London). And everything, repeat everything is completely FREE. Wonder if the three are related? 8-)

Your 48 hours in London on 26/27/28th October, if you can make the journey too, are best broken down like this:

Phew! It can be a whirlwind couple of days - I'll be there for much of it, Rafe and Ewan will be there for all of it, but do drop any of us an email if you'd like to meet and say hello. We will, of course, have a million other things to do, so don't be offended if we break away after 10 minutes or invite you to tag along with the next thing we're attending!

So, what's being shown off at SEE 2009 and why should you bother to come?

The stands and demos

As with any other year, the principal draw is the range of stands and demos, with everything from the very latest hardware (often a device is announced on the Tuesday morning and then immediately shown off), with plenty of opportunity for hands on time, to the most obscure enterprise software solutions, and everything in between. Exhibitors in 2009 include ARM, CoPilot, Opera and Texas Instruments, in addition to the main smartphone manufacturers. There's a full list here. Interestingly, there's no single Nokia stand - but you'll find Nokia on a number of other stands, helping out and showing hardware. 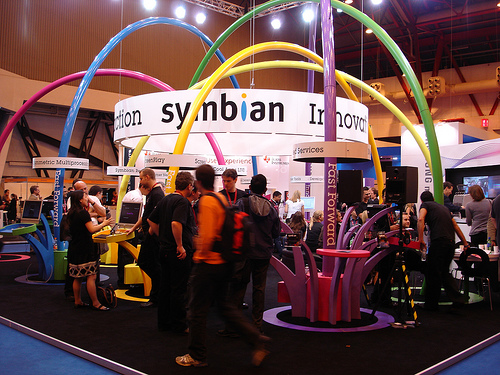 Off at the very back of the arena is the 'Main stage', with darkened auditorium, stage lighting, a huge screen and a decent PA. Speakers on the morning of 27 October include Lee Williams (Symbian Executive Director, of course) and Jimmy Wales, of Wikipedia founding fame. The tentative theme for the morning is 'The Future of Mobile'. On the Wednesday 28th October, the speaker is Geoffrey Moore (a best-selling author and venture capitalist), with a theme of 'Opportunities are Open: Now is the time'. 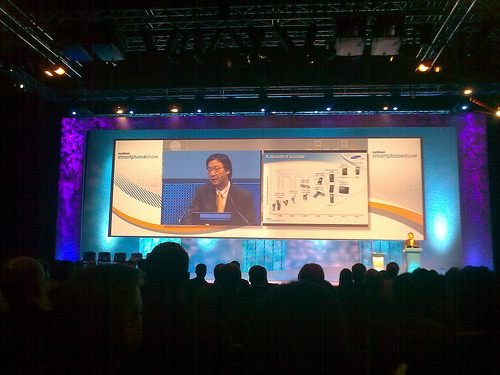 Also on the main stage after the keynotes each morning, for a couple of hours, are panel discussions (see here for full details), if you're in the mood for hearing a lively debate.

On the main stage and in two separate theatres in the arena, extra discussion and seminars take place all afternoon on both days, with a full programme, listed under the three main themes: Application Development, Device Creation & Contributing to Symbian and Open Source Business Models. Each is typically half an hour and there are around seven or eight seminars per 'venue' each afternoon. It's a little overwhelming, to be honest, but if you're interested in a particular aspect of application development or in a particular theme then no doubt you can cherry pick the things you really, really want to attend. 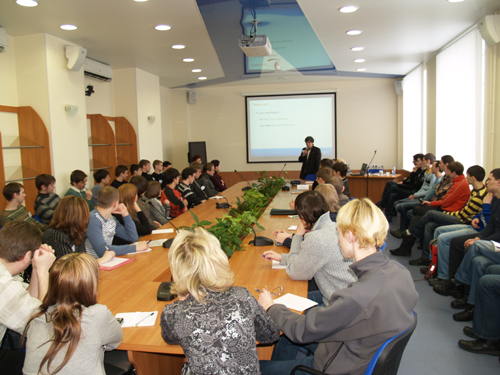 You can almost certainly just turn up and get in on the day ad-hoc, but you'll have to queue for longer and hang around while details are taken. Far better is to pre-register (again, it's all free, noone wants your money!) here, online, and then just turn up, show your (PDF-printed) badge and collect your bag of goodies, maps, leaflets and other information, then walk on in, with no waiting.

The only sensible ways to get to Earls Court are by public transport. The full address is: Earls Court 2, Warwick Road, London SW5 9TA and there's a venue web site at www.eco.co.uk

By Tube (the way the AAS and most attendees will arrive):
Earls Court 2 is located within Zones 1 and 2 on London Underground with access from the Piccadilly (including a direct link to Heathrow) and District lines to Earls Court (Piccadilly and District Zone 1) and West Brompton Tube stations (District Zone 2). 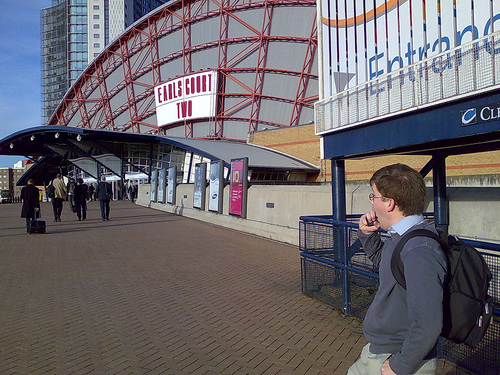 Steve Litchfield, All About Symbian, 22 September 2009