In part 1 of this series, Steve Litchfield looked at exposed camera glass on some phone models and investigated whether scratches really make a difference. In part 2, he investigated the pros and cons of LED/dual-LED/Xenon flashes in camera phones - does Xenon or dual LED flash make that much difference? In part 3, he investigated the fabled 'Megapixel myth' with an objective eye. In this, part 4, he focusses on the difference between good and poor optics (at the same camera resolution). Note that we're also planning on adding some extra technical camera-related articles later on, courtesy of AAS regular Dirk Snoyt, plus an 'Ultimate S60 camera phone' review feature. 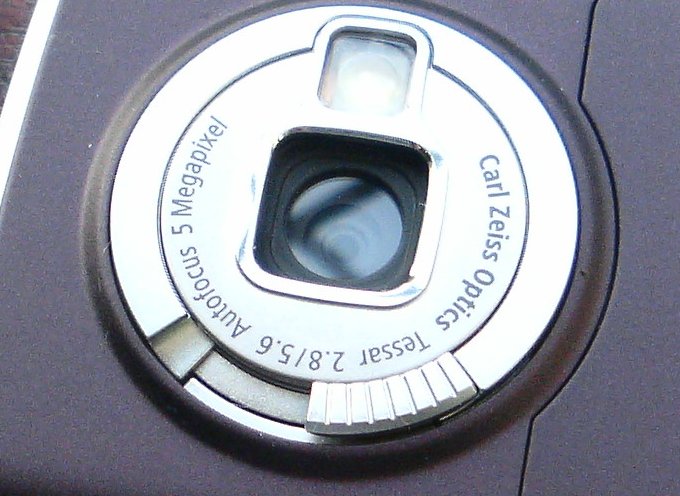 By popular request(!), it seems that the differences in phone cameras of the same (nominal) specification bear further scrutiny. There's the presence of branded optics (e.g. Carl Zeiss), the presence of optical zoom, different quality sensors and different software algorithms.

Although the sheer number of variables make getting hard and fast comparisons impractical, it's worth at least having a try - is it worth making a beeline for branded optics are can you just accept whatever comes with your new phone?

For this comparison, I put the Nokia N93, the Nokia E90 and the HTC Touch Pro head to head, each specced at around 3 megapixels, although only the first has 'Carl Zeiss' optics (and proper optical zoom, as it happens); followed by the Nokia N95 and Samsung G810, both specced at 5 megapixels, but again with just the first claiming branded optics.

Although the CMOS sensors probably varied for the different devices there's no way we can test these in isolation, of course. So consider the results here as for the optics/sensor (and software algorithms) combination. And, after all, if a manufacturer puts in higher quality optics, then there's a good chance they'll also put in a higher quality sensor to match.

I've taken 4 identical shots with each device, aiming to put them to the test in different ways:

Here are the four shots, in full (sampled down): 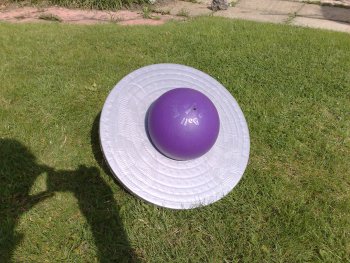 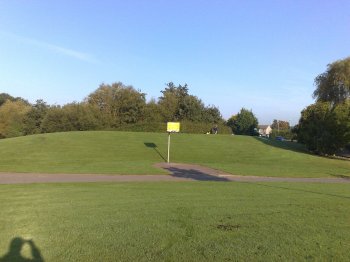 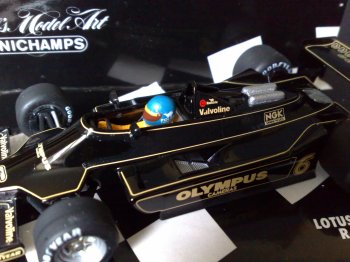 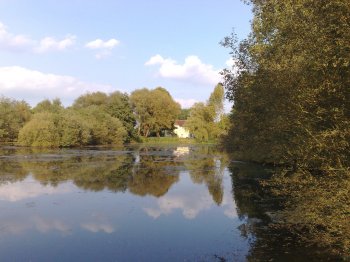 Now, zooming into the results (to 1:1 pixel level) for each shot for each device:

Of the three, it's tempting to give the E90 shot the edge, despite the N93's usual fabulous handling of grass/nature shots. 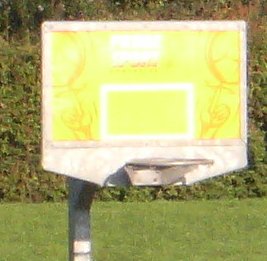 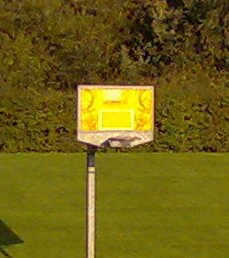 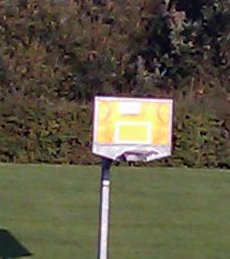 OK, so the first shot is cheating slightly, as I used the N93's 3x optical zoom, although the E90 does surprisingly well at delivering pleasing colours and detail, even if you still can't read the writing at the top of the board (one phone in my overall 'ultimate' test could, coming soon to AAS) and even though the white rectagle is perhaps too yellow-contaminated. The E90's 3mp camera does mush out the grass though, as does the Touch Pro, with bleaker colours overall. The N93, again, does better at representing grass and undergrowth.

The N93's shot is slightly wider angle at 1:1 because its macro mode is almost useless and I felt happier using a normal focussing solution from a few centimetres further back. Its colours were arguably the best, perhaps justifying the Carl Zeiss lens, though the racing stripes were best coloured in the E90's shot. This in turn wasn't quite crisp enough (too much software noise reduction?) and the Touch Pro failed to focus perfectly at such close range, plus the stripes were too white, i.e. overexposed.

This one's purely subjective, but I reckon the N93's detail and colour are just about perfect, while the E90's shot lacks the finer detail and is also too technicolour. The Touch Pro's shot is pretty ghastly this close up, revealing problems in both optics and sensor, I suspect.

The verdict so far? The E90 was keeping track with the N93 right up to the last test. But there's no doubt that the Carl Zeiss-equipped N93 sneaks ahead significantly. But is it a fluke? We need to look at another comparison, and at a different spec level.

So here goes with similar tests but on the Nokia N95 and Samsung G810. The latter doesn't boast any specific branded optics, interestingly, despite its camera boasts.

The extra degree of sharpness is quite evident in the N95 photo. It's tempting to blame noise reduction software in the latter or zealous image 'artificial' sharpening on the former, and to degree this is a possibility, but it's not the whole story. Nokia's use of Carl Zeiss optics does seem to give it the edge in taking pin sharp photos. We need more data points, though, so... 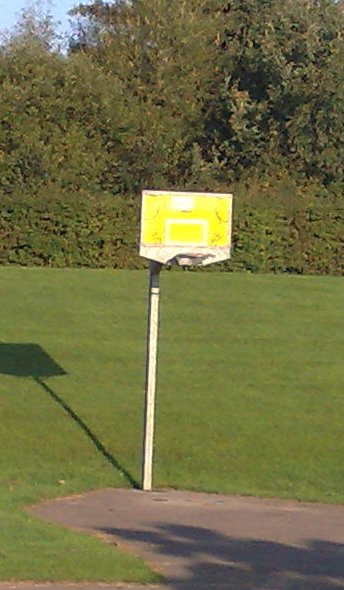 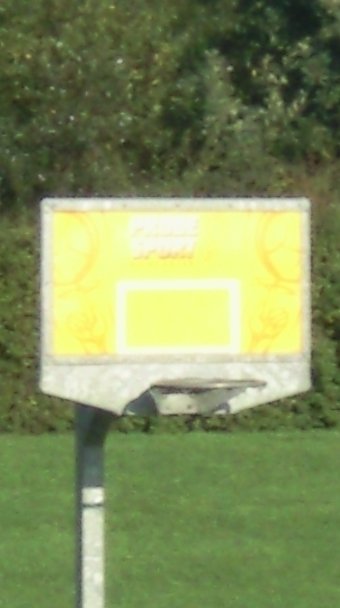 Now, as with the N93 above, I've cheated a little in my desire to play with the G810's optical zoom. With this in action, as above, you can almost make out the words on the board. Overall, both phone cameras turn the grass to mush and don't cope well with nature. The N95's image as a whole is crisper and slightly better coloured, while the G810's 5mp camera, with unbranded optics, produces paler photos. Let's try looking at another scene, this time without any optical zoom use, to do a direct comparison: 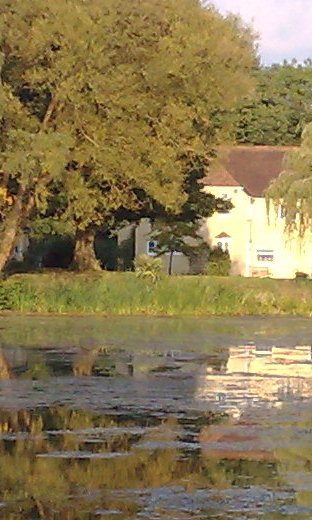 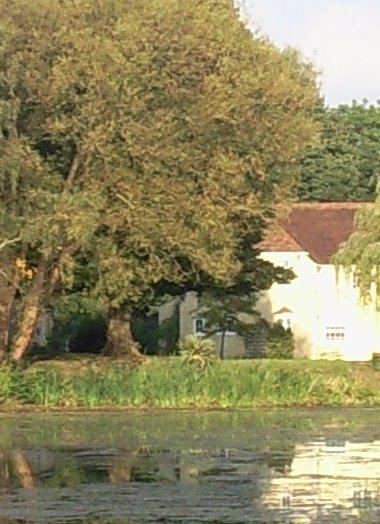 Interesting. The G810's lens/sensor copes better with the reeds on the lake side by does worse at overall handling of extremes of light and dark. But there's not much to choose between them.

There's a scene in the classic movie 'The Magnificent Seven' where Chris (the main man) is asked whether Britt (another gunfighter) is  faster on the draw than him. He replies 'I'd hate to live on the difference'.

Looked at overall, I'd have to say that the Carl Zeiss-equipped Nokias produce slightly superior images to that of other less-branded camera phones, but the truth is that there can be little in it. So much also depends on:

This will sound like a cop out, but I would recommend that you don't choose a camera-centric phone just on whether it has a Carl Zeiss or Shneider Kreuznach lens. Yes, these are nice to have and their presence probably indicates a good sensor and an attention to detail in terms of back-end software, so in the event of all other factors being equal then go for the device with camera with branded lens.

But don't make it the be all and end all of your decision. Ultimately you still need to read reviews and look at sample images. And only then make your own mind up.

PS. In part 5, I'll be looking at the 'Ultimate' S60 camera phone, adding example images from the above sets from the Nokia N82 and the Samsung i8510, among others. Is there an overall winner? I want to find out!