No need to be ashamed - we've been Creators on mobile for a decade!

The naming of Microsoft's latest Windows 10 branch as the 'Creators Update' has been viewed from some quarters as somewhat hollow from the perspective of mobile, since the new 3D and Ink features are not mirrored on the phone. Yet in some ways, this is the desktop catching up - we've been 'creating' on smartphones for over 10 years now, I'd argue.

The naming of any OS branch is somewhat of a gimmick, of course, since at the end of the day it's just an 'operating system' and 99% of what people do on their computers is down to the applications and services they choose. But marketing being what it is, it's undoubtedly friendlier to give an OS update a name, something memorable.

And, given the 'Ink' and Paint 3D extras thrown in with Redstone 2, the name 'Creators Update' seemed appropriate.

However, over on the phone side of things, despite getting the exact same OS branch and build, the same core and 99% the same built-in UWP applications, the absence of Ink and Paint 3D (both of which make more sense on the much larger screens of a desktop) has made the marketing handle feel somewhat 'hollow'.

But wait, isn't this just the desktop getting a taste of what we've had on mobile for a decade? Admittedly, the creating act is very different, but I'd argue that with the advent of the Nokia N93 (running Symbian) back in 2006, the smartphone became a very valid 'creation' tool. For the first time I could shoot TV/DVD-quality video, with stereo sound, ON MY PHONE. 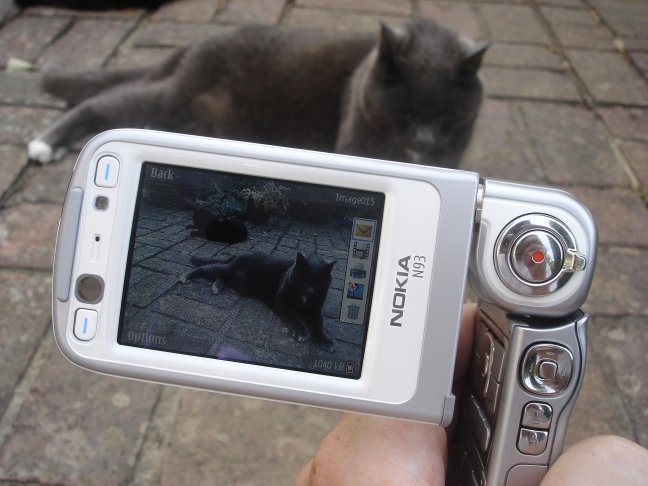 And I did. I shot numerous home movies on the N93, each of which made their way onto DVDs for the family to enjoy, mainly of my growing six year old daughter. The N93's 480p quality may seem quaint by modern standards, but was pretty close to the 576p of DVD, mainstream quality back in 2006, and arguably better than the interlaced grain of the traditional 'TV' of the day.

So I was very much creating back then, eleven years ago. Movies, auto-focussed 3MP photos too, high enough resolution to print out at 8 x 6 and no one would notice that the shot hadn't been taken on traditional film or a standalone camera.

The Nokia N95 and N86 followed, each increasing quality, though without the genuine 3x optical zoom that was special to that old N93. And across the rest of the mobile world cameras in phones started to improve, with Apple and then the various Android licensees getting into the game, and by 2011 just about any decent camera phone could shoot 720p HD video and take 8MP photos.

Today we have 4K video and 20MP photos, good enough in most cases to pass muster on even the largest displays, and all this media created on people's phones.

Then there's audio capture. I've recorded numerous podcasts and lectures or interviews on my various smartphones over the years, later editing things together in Audacity or similar on the desktop. I think that qualifies as creating too.

Not to mention creating by crafting words. Emails, documents, notes, thoughts, all on the phone, either via an on-screen keyboard or, more usually, by using a Bluetooth keyboard. This very article was created on the phone.

So let's have none of this 'mobile is an afterthought, where are the Creators features?' We've been immensely creative on our phones for a decade now!

If you can think of other ways you've been creative on your phone in the last ten years then feel free to add them in the comments below!

Filed: Home > Features > No need to be ashamed - we've been Creators on mobile for a decade!