The photos from the Nokia 808 PureView are often said to be less striking than those from the competition, whether it's a Lumia 1020, iPhone 5S or a Samsung Galaxy S4, however much purists would say that the 808's output is more 'natural'. One advantage the 808 has in its armoury is a Creative mode which lets users apply the saturation and sharpness, so beloved these days. Here, in a followup to my earlier piece 'How to: Set the Nokia 808 up to satisfy '2013' photo preferences', I look at the practical differences in output a few sliders can make.

So on the one hand we have a 5MP oversampled 'pure' image from the Nokia 808. There's no attempt to artificially enhance any colours or to sharpen the result - the idea is that the purity of the image will speak for itself.

And it usually does, but the Nokia 808 camera can also do a pretty good job of impersonating the characteristics of other smartphone cameras, something that can't usually be said in reverse. 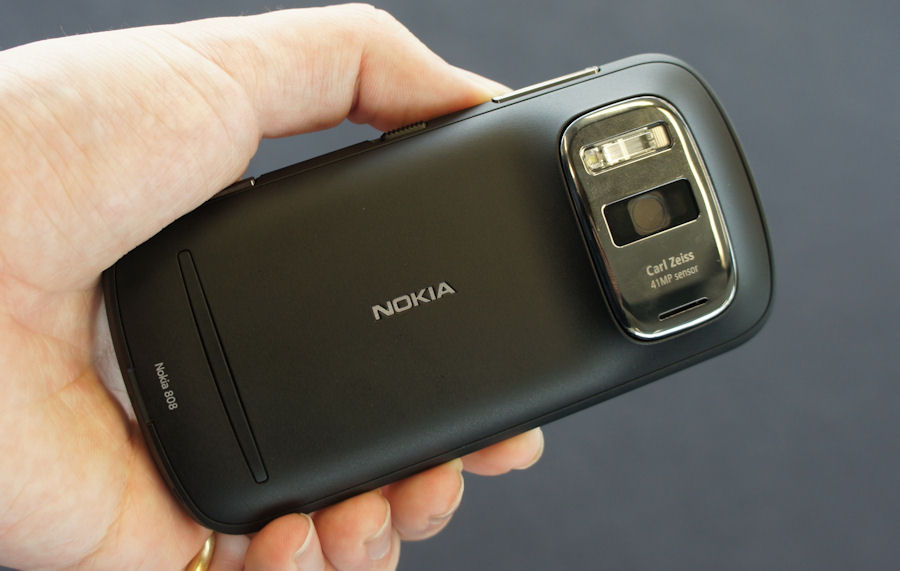 I covered some of this area in a set of tests here, but I wanted to a) simplify things slightly [dropping the Vivid and Superfine adjustments], b) do everything at 8MP rather than 5MP, and c) take advantage of some gorgeous autumn colours.

Here then is my Nokia 808 PureView pretending to be an Apple iPhone 5S. Using the 808's Creative mode (in Camera, tap on the top control and pick the 'Creative' tab), here's the set-up:

That's it. Now, heading into the cold autumn sunshine and snapping this scene in both the default settings for 8MP Creative and then the 'iPhone' set-up above: 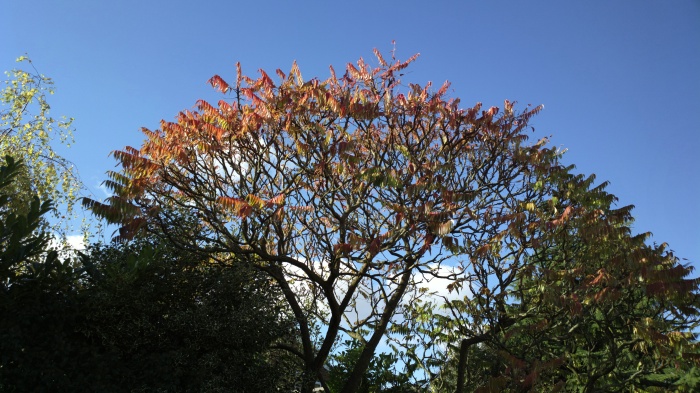 Cropping in to 1:1 in each case, use your mouse on this interactive comparator to explore the differences in colour and image processing (default settings on the left, 'iPhone' set-up on the right):

[if you see two images one on top of another then please either wait for your browser to get round to rendering them properly or try another browser!!] 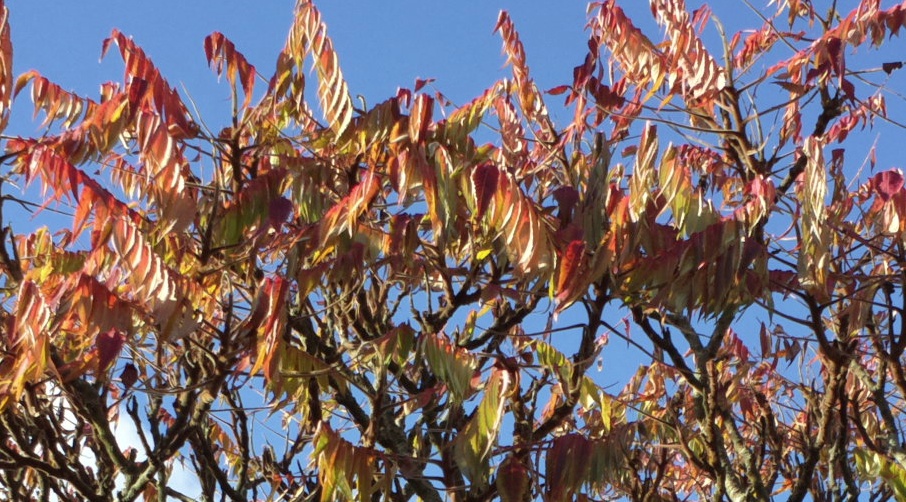 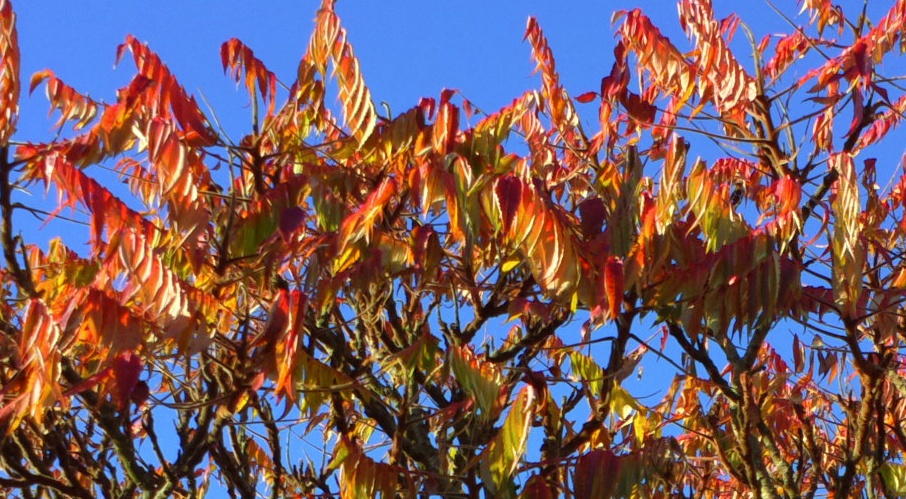 The impression is pretty convincing - the right hand image would also be typical of the likes of the Samsung Galaxy flagships, and indeed of Nokia's Lumia Windows Phones. Which image is 'best'? The 808's default settings produce something that is, as usual, hyper natural, perhaps boringly so, while the 'iPhone' impression photo is arguably too colourful - nature's colours are rarely that vivid.

What's probably needed is a compromise between the two extremes. Minimal messing with the essential characteristics of how the Nokia 808 creates its images, but richer colours to help them 'pop' more for discerning human eyes.

In fact, the Nokia 808 includes such a compromise in its settings, in 'Vivid' mode. As you'll see below, it's not quite as obviously over-saturated, nor as over-sharpened as the example above.

In the example below, I also wanted to tackle the stronghold of the Galaxies and iPhone - the macro. So I'm using the full PureView zoom on the Nokia 808 to get as close, optically, to the tiny autumn leaf as possible: 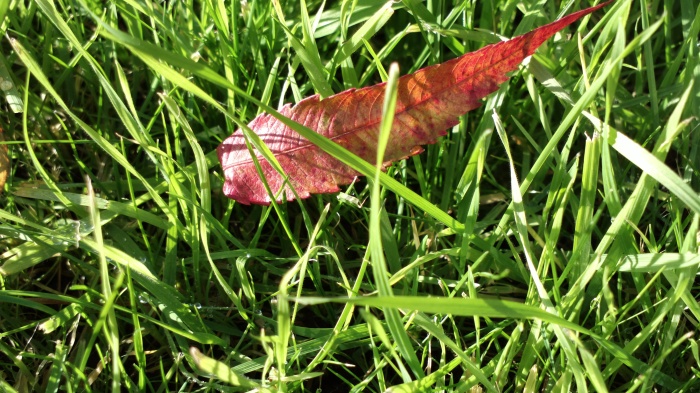 This time, rather than just compare two settings, I've shot the leaf at 8MP with (from top to bottom) default, vivid, saturated (+3) and sharpened (+3, plus the existing +3 for saturation): 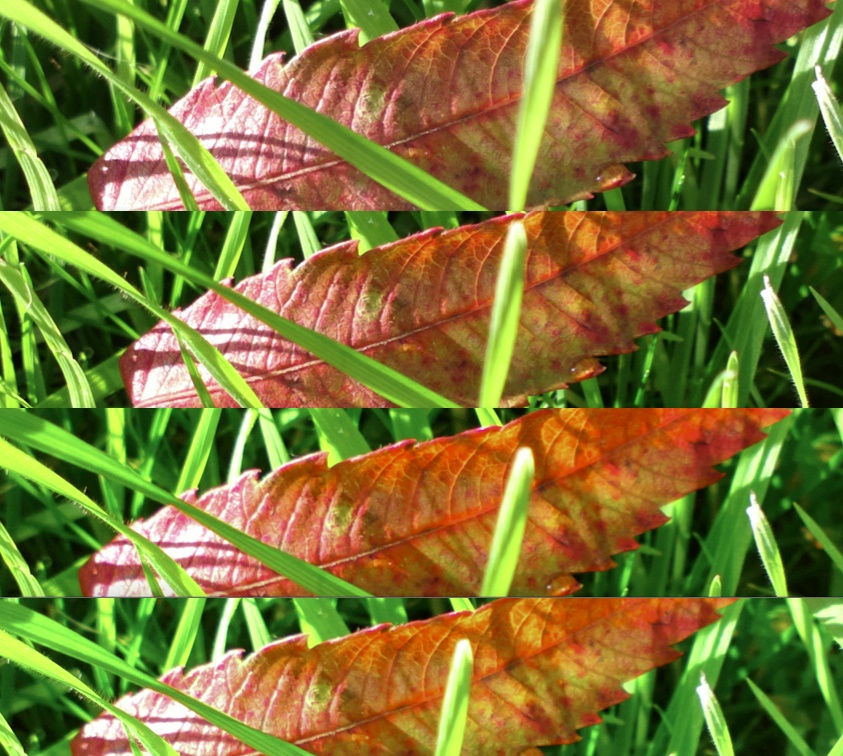 The increase in saturation brought in by using 'Vivid' is quite subtle and probably represents a good mode to shoot in for a wide range of subjects. The bottom two crops show how the colour of something can actually change when messing around with saturation. Sometimes this is to the benefit of the image, but often not.

In fact, because Creative mode allows varying Saturation, Contrast and Sharpness in small increments, there are literally hundreds of possible settings combinations available to try. It's this flexibility that still sets the 808 apart from other camera phones, in my opinion.

"Tonight, Matthew, I'm going to be taking photos like the Galaxy S3" etc.(!)

Comments welcome on Nokia 808: the impressionist - do you have a secret set of settings that you have saved and like to shoot in?