How to: work round Nokia Store install problems

I've moaned about Nokia Store issues before - sometimes things gets fixed, sometimes they don't. But it all leaves the average user with a frustrating experience and, often, something that's simply 'stuck' downloading. Is there a recommended way to proceed? Well, not an official way, but see my workarounds below.

There's definitely something unstable about the server software used by the Nokia Store, at least in terms of how it communicates with the on-device client - as someone who does a lot of downloading and installing in my activities for All About Symbian, I'd estimate that 30% of all my downloads/installs fail in some way. Armed with a few strategies, everything installs in the end, but if I were an average user than I'd be tearing my hair out. Let's see if we can save some of that hair...

This is common and seems due to a communications (flow control) bug between the client and Nokia's downloads server. An application starts downloading and then just.... stops. You can tap on the pause control all you like. You may even tap through and get to see a 'resume' button. It rarely does any good though. The install is frozen and, worse, any other application downloads/installs you have queued up behind it will stay queued (as shown below). 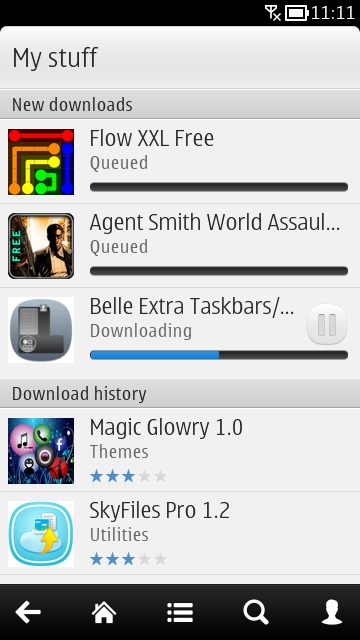 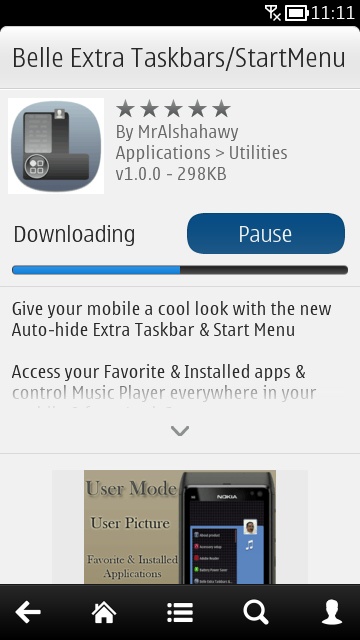 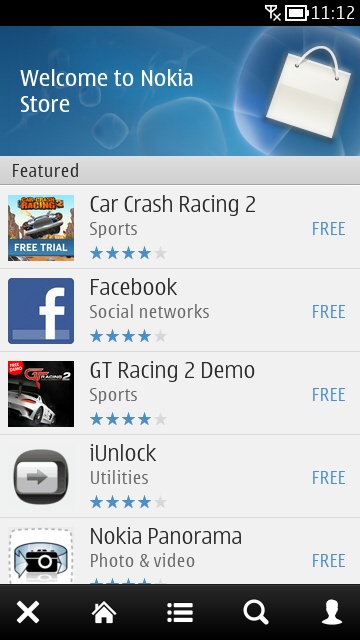 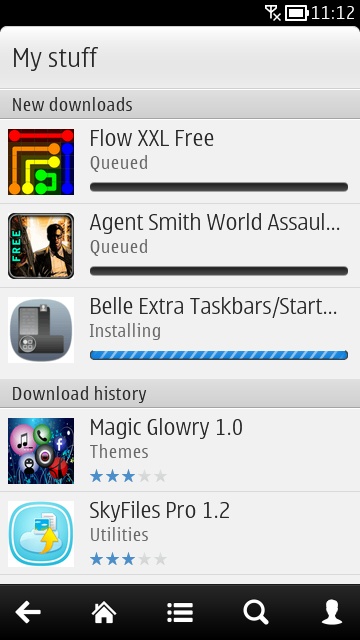 That's usually enough for the Nokia Store client to attempt to restart the download process from scratch and (usually) succeed, as shown above. If not, rinse and repeat all this.

This happens for around 10% of all app downloads. There's a prompt to 'download file again', which can get annoying after the fifth or tenth attempt... 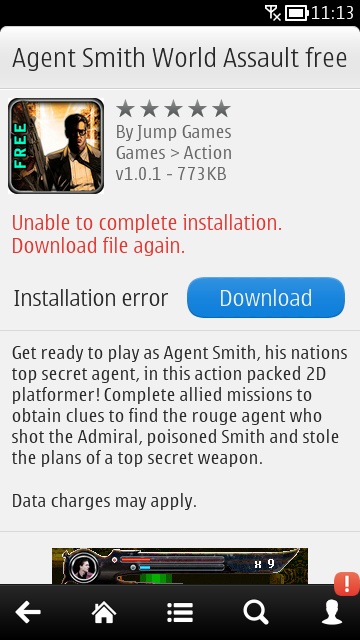 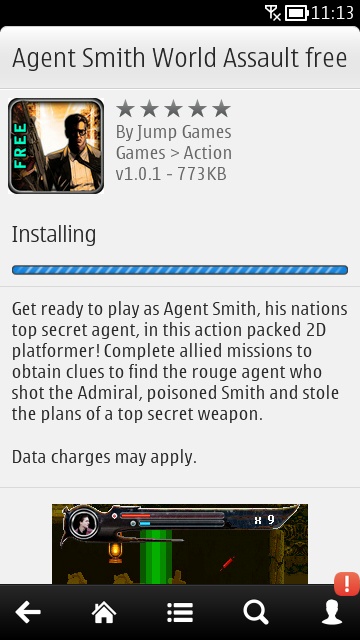 If this doesn't work then try again in half an hour - one possible cause of this error is due to heavy demand at Nokia's end. Another cause is a flow control problem when downloading large files - the 100MB+ games in the Store have often taken half a dozen attempts to download successfully.

Just as common, for Qt apps, is that the so-called 'Smart Installer' fails (eventually) with a pop-up message saying to find and tap on 'Smart Installer' in the app menu, in order to continue the install process.

If all this seems like a huge amount of hassle to simply download and install an application, something that would happen on iOS or Android in under ten seconds, then you'd be right. It's not clear whether most of the blame should be assigned to the QML-written Store client, to Nokia's servers, to Qt or to Nokia itself, generally.

The situation is quite clearly unacceptable, though now that Nokia don't sell Symbian smartphones any more, it's perhaps unrealistic to expect any great manpower to be thrown at the problems. And even then, you have to wonder how many Symbian-literate programmers are still available to work on the multiple issues.

However, Nokia did promise support 'until 2016' and, to my mind, running an application store and managing things so that it works at a basic level quite clearly comes under the umbrella term of 'support'. If any Nokians, especially from the Store team, are reading this then I'd welcome some official comment or action.