You may remember, a year and a half ago, that I waxed lyrical about a bunch of subtle design points in the Nokia N8 that were usually unappreciated? What do you know, I've found ten such points in the Nokia 808 design too - find them illustrated and annotated below. Turns out that, like the N8, the 808 PureView 'is even better than you think'. For those that agreed with my recent 'No compromise' piece about the 808, this won't come as a major surprise, of course....!

You get all that. It's why every Symbian fan salivates over the 808 and why it has sold in relatively surprising numbers.

But I've got ten more design points that make me love the Nokia 808 even more. Ten points that few others have appreciated.

For much of the sides of the 808's screen, the glass sits slightly proud of the surround, enabling easier side to side swipe gestures. But look carefully at the top and bottom edges - the 'lip' gradually changes to rise up slightly above the glass, ensuring (along with the button bar) that when you put the 808 face down on a surface, there's little or no pressure on the full face of the glass. In theory, you're less likely to pick up dirt and dust. Yes, it's Gorilla Glass anyway, but some people have managed to put scratches in it, so why not be even safer? 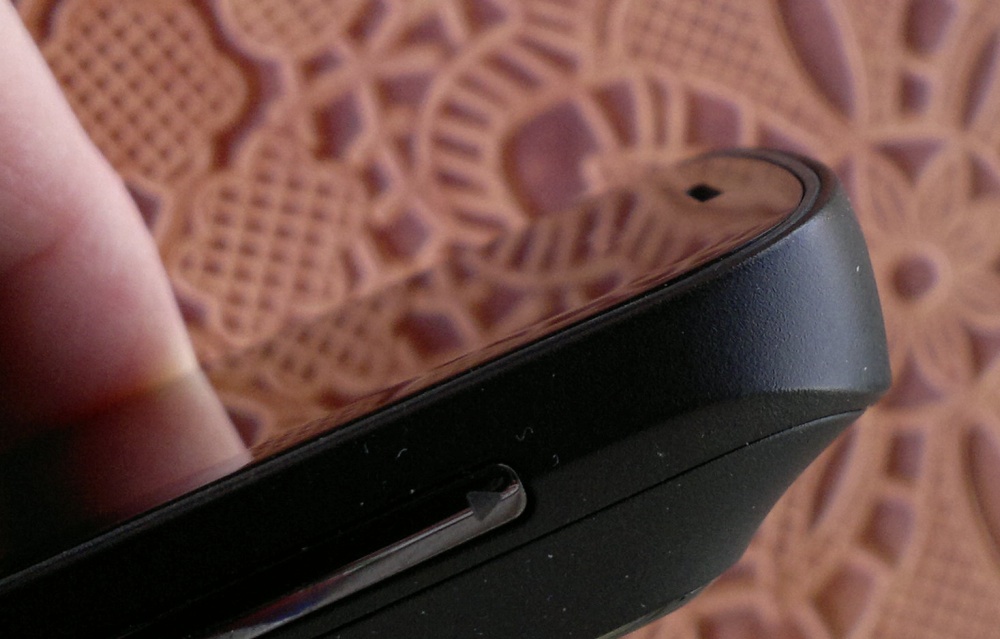 The 808, it has to be said, is wonderfully finished. After the super-slippy aluminium N8 and the also pretty slippy gloss plastic of most competing smartphones, the textured plastic on the 808 feels superb in the hand, with maximum grip and almost zero chance of dropping it. And it's very tough plastic too, my 808 still looks pristine.

Having had my 808 taken apart here and also having now done much of this myself, I can vouch for the fact that the 808 is supremely simple inside, simple to access and simple to repair. Essentially it's a sandwich construction: screen assembly, then motherboard, then back shell, all held together with little more than 8 screws. From my engineering and physics viewpoint, the simpler something is then the more reliable it will be and the easier it will be to sort out if anything does go wrong. 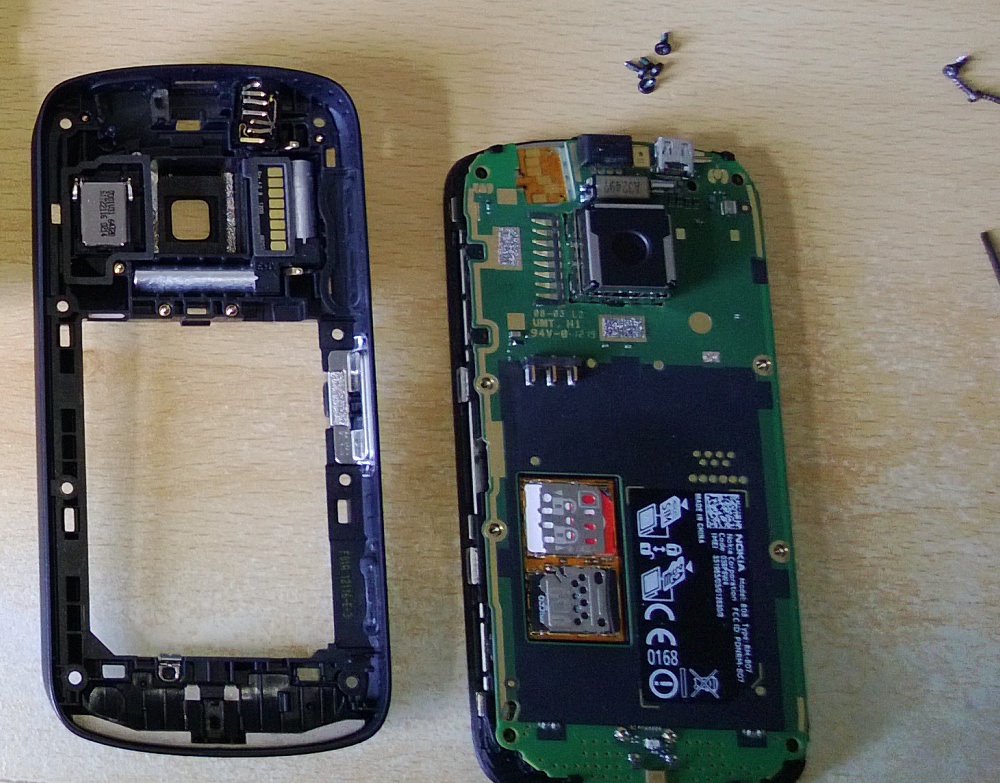 Going beyond the call of duty (and mindful of the fact that it was unable to satisfy the cry of geeks like me for a proper mechanical camera glass cover), Nokia not only put in glass over the monster camera, but it's Gorilla Glass. So, in theory, it shouldn't scratch or crack. Anecdotally, the glass over my 808's camera is still pristine, after over 6 months of hard use.

The glass is recessed by a good millimetre from the camera island outer shell, with obvious protective functions, from dirt and fingerprints. The interesting thing is that Nokia didn't have to do this. Cameras on a great many phones now sit flush with the back shell and the 808's camera island was already bulbous enough - there must have been the temptation to go for a flush fit and have an 808 that was 1mm thinner. Thankfully, the decision was made to go for a thicker island and a recess, with, again, the result that my hard used 808's camera glass rarely needs cleaning and still looks in mint condition. 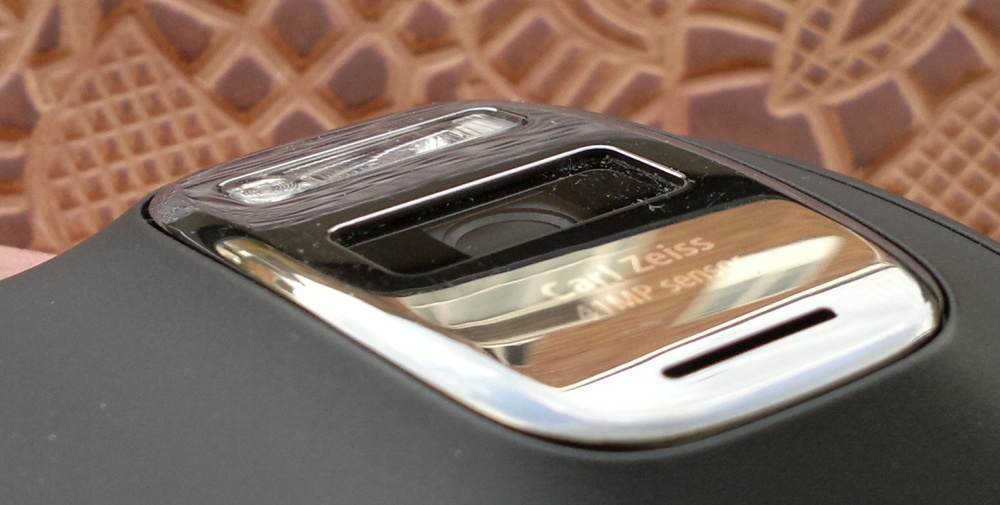 What's so special about a camera shutter button, I hear you ask? The thing is that a two stage shutter button is easy to mess up. That on the N96 was recessed too much, the N86's was far too stiff, the N8's was still a little stiff, but the 808's is just perfect. Standing proud just enough that it can be felt with a finger, the first and second presses have perfect pressure. Meaning that you don't activate the shutter too soon by accident or else find yourself jerking the whole device down because of the pressure needed. Nicely made, Nokia.

Again, sounds simple, but you'd be surprised how few smartphones have lanyard points these days. On a camera-specialist device, being able to loop something around your neck or your wrist is almost essential, if only to stop the 808 falling into the waterfall you're photographing, etc. And it's trivial to fix here, thanks to having access to the loop pin under the removeable battery cover.

The use of Rich Recording in the 808 is well known - Nokia's system of using HAAC (High Amplitude Audio Capture) microphones to handle rock gig levels of audio without distortion. But I thought it worth highlighting that the 808 (unlike the Lumia 920 etc) has two of these microphones. Moreover, they're positioned properly, on either end face of the phone (unlike on the N8, where one faced your subject and one faced you!), giving an unparalleled stereo audio image. Try watching some 808-shot footage with headphones on and you'll see what I mean - it's very immersive.

One criticism on the N8 was that the speaker 'slot' was flush with the camera island's flat back. Which meant that when you put the phone down on many surfaces, the slot was blocked and the speaker was effectively muffled beyond easy hearing. Although speaker position is similar on the Nokia 808, the camera island is nicely curved, meaning that there's always a nice gap between the speaker slot and a flat surface. In fact, that gap and the sound waves reflecting off the surface effectively amplify what's already a loud speaker! Admittedly, you can still put the 808 on a soft surface (e.g. a bed) and will get some muffling, but that's the same for most phones. 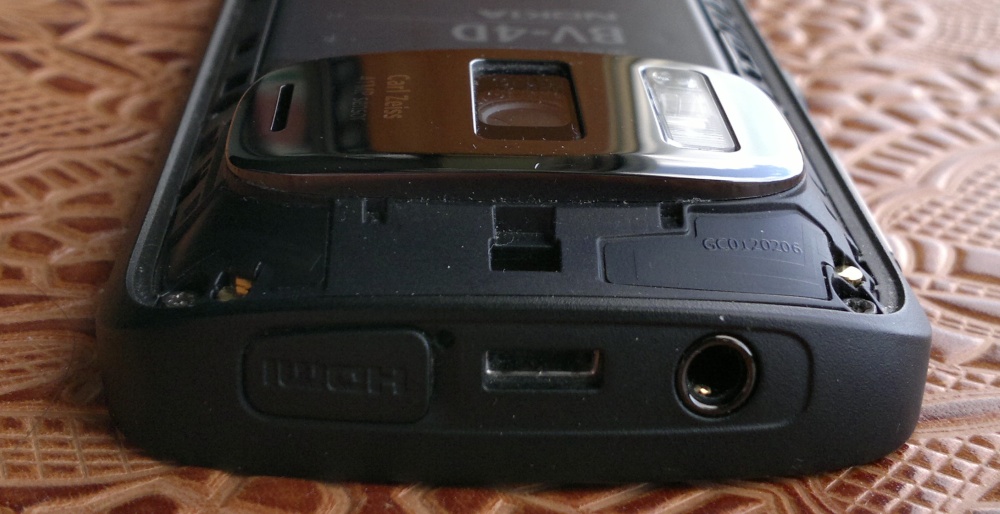 Take a look at the Nokia 808's camera module and you start to appreciate how voluminous it is. Where other manufacturers have opted for standard sized cameras and software tricks to improve photos, Nokia rightly reckoned that when you want a better camera, why not simply put in the biggest, best sensor and optics? The downside is the camera's size, but I look at the gentle curves of the camera island and I marvel that the 808 isn't thicker. Quite simply, Nokia's designers did a fabulous job of integrating such a prominent cube into a stylish design with swooping curves. Either that or it's Tardis-like magic!